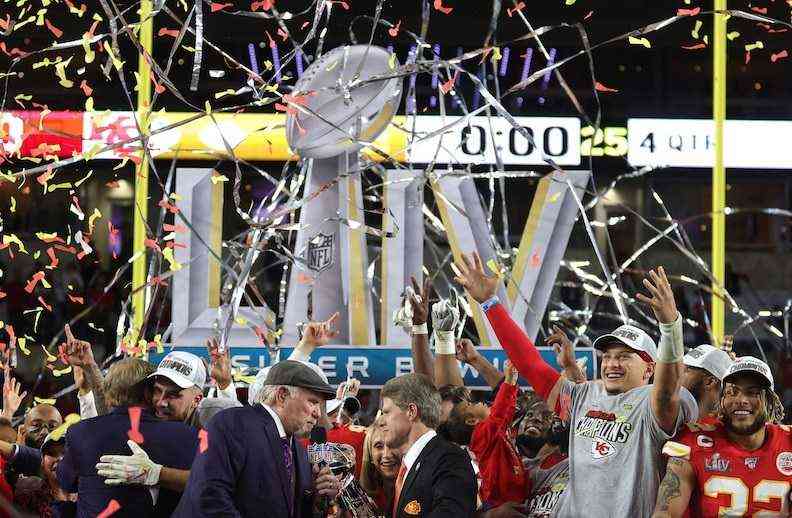 The NFL is considered one of the best leagues in the world due to the level of organization and the spectacle it provides not only on the grid, but outside of it. Each year it usually celebrates the first major sports and entertainment event in the Super Bowl, which defines the league champion.

There are more than 50 editions of the Super Bowl, and both the Pittsburgh Steelers and the New England Patriots are the teams that have won the most titles in the NFL, with six each, while the player with the most crowns is Tom Brady, with six rings.

Why is it called the Super Bowl?

But to all this, where does the name of Super Bowl come from? To understand it in the best way, we must go back to 1920, when the NFL (National Football League) was founded, which for years was the best American football league in the United States, since there were more professional leagues, in addition to university leagues.

However, they all used to succumb until in 1960, the AFL (American Football League) was founded thanks to a man named Lamar Hunt, who also owned the Kansas City team.

The AFL gained ground and became a competitive threat to the NFL, until in 1967, an alliance between both leagues was achieved, so that the champion of each would play the title of the then called World Championship Game.

The Green Bay Packers (NFL) and the Kansas City Chiefs (AFL) contested the first edition of this alliance, which the Packers won. It was until 1970 when the AFL and the NFL signed a merger to form a single league.

The two leagues became conferences (American conference and National conference), and the league stayed with the name of NFL. The final could be called The Big One, but the name Hunt proposed was more convincing: Super Bowl.

The Chiefs owner had a young son at the time, who played with a very popular rubber ball in those days, called the Super Ball. Hunt came up with combining the name of the college football championship games, called the Bowl, to shape the Super Bowl.

In this way, from the 1970 season, the NFL began to be played with the conference format, and the final was called the Super Bowl, which now includes the championship game, the halftime show, and one of the most anticipated events for the commercial industry.