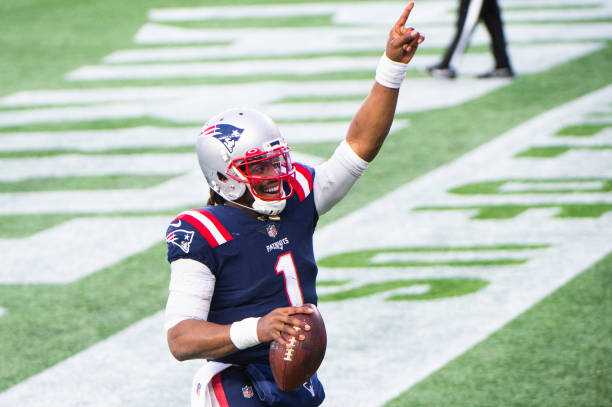 All roads lead home, and Cam Newton returns with the Carolina Panthers for a season and a millionaire.

When Cam Newton was selected in the 2011 Draft by the Carolina Panthers, there was immediately a special connection between the franchise and the QB. The best quarterback moments in the NFL came while playing for the Panthers.

The Panthers’ highest moment was that Super Bowl they reached against Peyton Manning and the Broncos, but they could not against the legend and succumbed. Loss aside, they lost only one regular-season game that season.

Cam Newton was a bright star in the Carolina sky, physics has always told us that everything that goes up, has to come down. Injuries and a loss of play caused that ‘SuperCam’ to be relegated to the bench until he looked for work elsewhere.

He left Carolina to play for the Patriots in 2020, but things didn’t go as he expected, and he ended up getting cut before the start of the 2021 season. Panthers haven’t had good seasons either after Cam Newton’s departure.

They have not found a solid QB who can command the offense, which is not bad at all, but who is going aimlessly. They tried to rescue Sam Darnold from the Jets, hoping the QB would save them, but neither happened.

With Sam Darnold and an injury that will keep him at least 4 weeks away from the field, the Panthers were only looking for a pretext to call another QB. Although Cam Newton was one of those available to take the position, he has been looking for equipment for almost 9 weeks.

All roads lead home, and Carolina was one for Cam Newton, so he will return to the place where he was happy and with a totally renewed team that he had. The QB signed for a year with his former team and 10 million dollars, it was not bad.

He will have in his backfield one of the best running backs in the NFL in Christian McCaffrey, the receiving corps is not the best, but he has high quality names in Roby Anderson and DJ Moore. To top it off, his tight end is a good weapon; Ian Thomas has shown good things.

Some of what Darnold suffered was the offensive line, but Cam Newton has a lot of mobility, and although defenders seek his head, he can easily elude them if he regains that level that he once had with the Panthers.