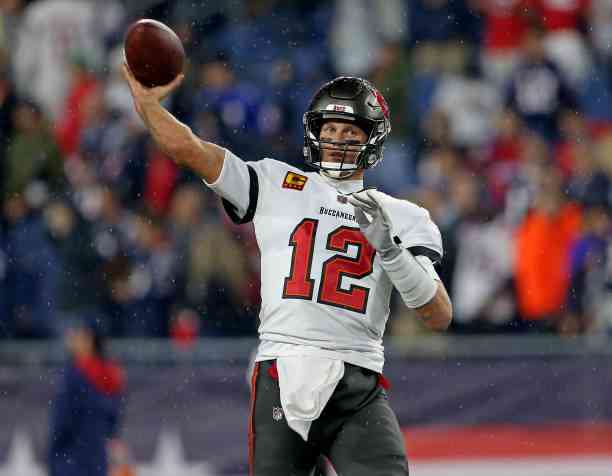 The return of Tom Brady to New England, the victory of New York and the Steelers in a tailspin, plus the best memes of week 4 of the NFL.

Things are getting interesting in the NFL, although not for all teams. Week 4, brought us victories teams who did not know the win, plus the spectacular return of Tom Brady Foxborough.

Many of the divisions are beginning to take shape, both for good and for the bad, and Pittsburgh is proof of that, deep down in the North of the AFC and with serious intentions to stay there.

There are still two teams that still do not know the victory. The Jacksonville Jaguars and Detroit Lions are the ones lagging behind and will be fighting for the No. 1 pick of the 2022 draft, or so it seems.

For many years we will talk about Tom Brady’s return to New England. Once something like this happens in a lifetime, the QB who put a franchise on the map will face them and in the stadium where he made history. Without making you wait any longer, here are the best of week 4.

The best moments of week 4

Tom Brady vs Patriots, the most anticipated of the NFL

Record night for Tom Brady on his return to Foxborough. He faced the Patriots and set a record for his already illustrious career, with only 68 yards remaining to become the top passing QB in NFL history, and he did more than that.

It was not an easy game, as Mac Jones’ Patriots at all times sought to complicate the game and embitter Tom’s return. Brady did not have the best of performances, but he knew how to lead the team when necessary.

Ultimately, the victory would be for the Buccaneers by 19 to 17, a game in which the figure was not Tom Brady, but Ryan Succop, the kicker. He scored 4 field goals, 12 points out of 19, to add a win in a historic match.

There are three teams from NY in the NFL, all with different news, but this week 4 everything lined up for them, and they got the victory, and some of them were in extremis.

Bills ran over the Texans, grabbed a boat, and got all the points they could. And not only that, they shut out Houston.

The Jets and Giants were almost on their knees waiting for the first win of the season. Both teams had to go into overtime to claim the first win. The Jets beat the Titans, and the Giants beat the Saints.

Cardinals crowned one of the best teams in the NFL

They average more than 30 points on offense, and only one of the teams has scored more than 30 points, the other three less than 20 points. And he has not faced simple teams, at least he has had three meetings with powerful teams.

In week 4 they faced the Rams, a team that could put their undefeated condition at risk, but did not hurt. On offense, both the passing game and the running game are working perfectly, and Kyler Murray is graduating as one of the best QBs in the league.

Packers put the Steelers in check

Aaron Rodgers perfectly commanded his Packers, although the opposing team did not even put their hands in order to defend themselves from the air and ground game of Green Bay.

His team showed that he has enough weapons to get ahead of all the challenges he may have. Not everything is Davante Adams in the receiving corps, in this week 4, the reflectors were taken by Randall Cobb, who made a couple of touchdowns.