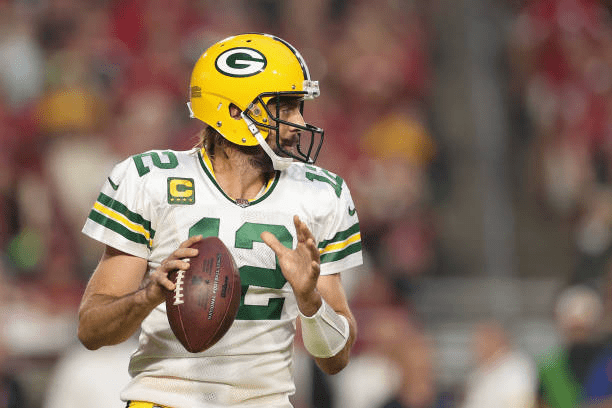 The Packers will have to think about plan B for the QB against the Chiefs, as Aaron Rodgers tested positive for COVID-19 and will not be available.

Aaron Rodgers had a great week 8 of the NFL, they took the Cardinals undefeated, and they are in the fight to be (again) the best team in the National Conference. But it’s not all good news for the Packers or the QB, because he tested positive for COVID-19.

Yes, Aaron Rodgers will miss the game against the Chiefs (the rematch of Super Bowl 1) of week 9 of the NFL, because he tested positive for COVID-19 according to Tom Pelissero of NFL Network, at least he will be out for a week with the Packers.

Why do we talk about more than a week? Davante Adams, the Packers star catcher, missed the game against the Cardinals in Week 8 due to the same situation and has not yet been able to return to training. Let’s see if it’s not expensive for Green Bay.

The Packers leadership has a problem before them, because unfortunately, Aaron Rodgers could miss more than a week in the worst case. But, to understand a little of everything that is happening with the positive for COVID-19, it is that Rodgers is not vaccinated.

The QB of the Packers is one of the players who decided not to be vaccinated for the return in this 2021 NFL season, that is why he is positive to this virus that has affected so much not only the sport but the whole world.

Who is Aaron Rodgers’ replacement in week 9?

Without the offense commander, the Packers will have to lay hold of the bench and from 2020 they chose a young quarterback on the field that they would prepare for when this kind of thing happens with Aaron Rodgers and it is Jordan Love.

Jordan Love was QB at Utah State University, in his three years as a college player he had 8,600 yards through the air, in addition to 60 touchdown passes and 29 interceptions. He also knows how to run the ball, 403 rushing yards, and nine rushing TDs.

He came to the Packers in 2020 and debuted this season against the Saints, although he was only a few plays in his team’s loss. It will be his first NFL start and he wants to show that he is up to fight Aaron Rodgers for a spot.