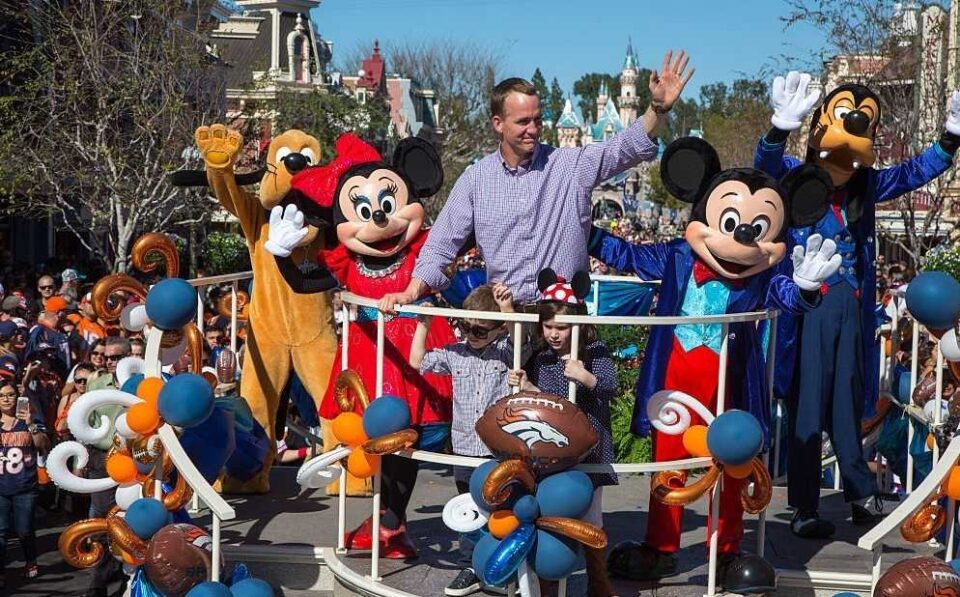 The health crisis caused by COVID-19 changed many plans and forced some events to be suspended. This is the case of the traditional visit of the MVP of the Super Bowl to Disney World, which often includes an exciting parade.

Year after year, the NFL’s MVP takes advantage of the cameras to say, “I’m going to Disney World! “. The next day, the amusement park is filled with fans who applaud the element in question.

After winning Super Bowl LV, Tom Brady and Rob Gronkowski teamed up to drop the famous line. However, the pandemic caused the parade to be canceled and the players to appear at the facilities on different dates.

In a statement, Disney said that Gronkowski will enjoy its attractions today, but Brady will travel in the remainder of 2021.

Why is the MVP going to Disney World?

While this is a difficult time to travel and especially to gather hundreds of people in the same place, the tradition between Disney World and the Super Bowl MVP dates back to 1987.

The idea came about when Disney CEO Michael Eisner and his wife Jane Breckenridge dined with Dick Rutan and Jeana Yeager, a couple of aviators who traveled the world non-stop.

Breckenridge asked the pilots what they would do next, and they responded, “We’re going to Disney World .”

This led to the idea of ​​creating the And what will you do now? And implement it in the Super Bowl. The organization approached the NFL to make the proposal, and it was specified that the MVP would be in charge of answering the iconic question after the game.

The first to say that he would visit the famous park and star in the company’s commercials was Phil Simms, a quarterback who won Super Bowl XXI in 1987 with the New York Giants.

The result exceeded expectations, and this became a traditional question for each year’s MVP. Until 2020, the visit and the parade were carried out successfully, Patrick Mahomes visited the park and greeted his fans at Magic Kingdom.

This is the ninth time that Disney chooses two figures to appear in its spots, and according to different versions that circulate on the internet, players receive between 30 and 50 thousand dollars as an economic reward for participating in the campaign.