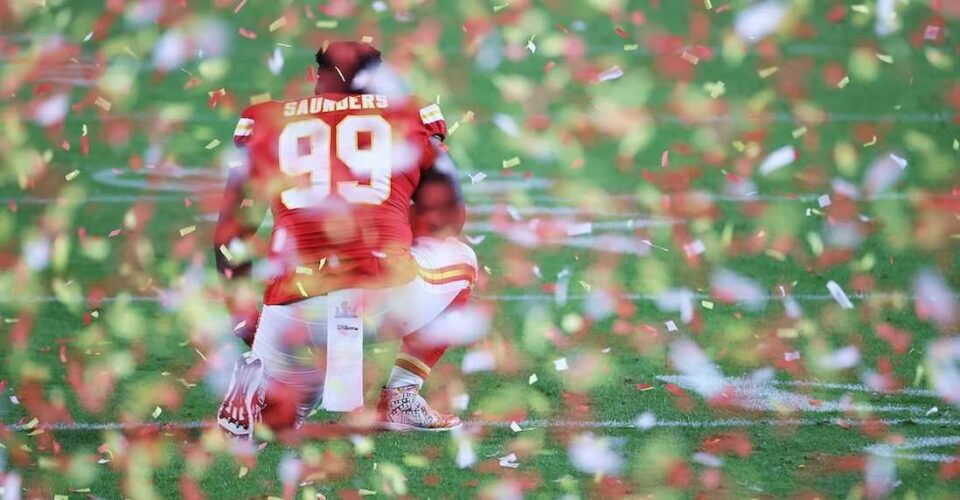 The Super Bowl champion will be bathed in the confetti that will have printed messages previously published on Twitter to support medical personnel.

On the night of February 7, after all, four periods have been played and the halftime show has been held, the NFL will meet the champion of the 2020-21 season after the Super Bowl, which will pass history through the coronavirus pandemic and its effects in various settings.

The Kansas City Chiefs can be crowned for the second time in a row, and the Tampa Bay Buccaneers could grow the Tom Brady legend. After approximately 8:00 p.m., one of these two teams receives the Vince Lombardi trophy and receives a confetti bath, which will also go down in history in the current context.

The slips that accompany the celebration of the Super Bowl winner will have printed messages that fans have shared on Twitter in relation to support for their favorite team, but also messages in support and thanks to the medical staff.

Ian Trombetta, vice president of social marketing for the NFL, explained that the idea of ​​including messages on the slips or confetti is a way to honor medical personnel, who have been fighting the coronavirus for almost a year.

“We will seize the most important moment of sport and entertainment at least in this country to highlight and highlight the great heroic efforts of frontline workers,” Trombetta told Forbes.

It should be remembered that 7,500 medical personnel will be present at the stadium during the Super Bowl, directly invited by the NFL.

How can I send my message to be on the confetti?

The Deeplocal agency will be in charge of choosing the messages of support that are published on Twitter, just before the start of the last quarter of the Super Bowl, and so that you can enter this dynamic, you just have to use the hashtag #SuperBowl or #GoBucs in case of that you are a fan of Tampa or in your case #RunItBack if you are of the Chiefs.

The messages will be printed just before the end of the game and will be divided into three groups, those in support of Tampa Bay, Kansas City, and those directed to health personnel. In the end, the latter will be mixed with those of the winning team.