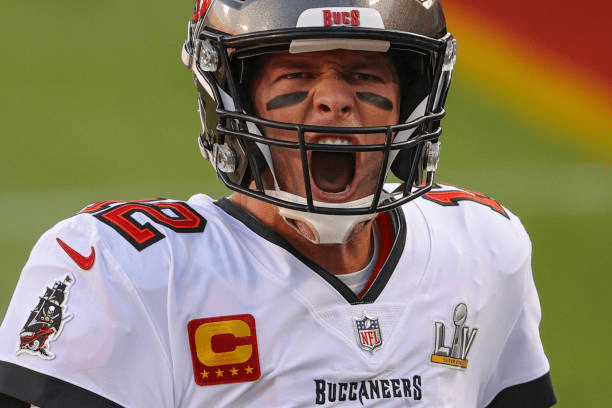 NFL players chose the top 100 of the best players in the league and the top 10 we reviewed in detail.

Being an NFL player is not an easy thing, it really takes more than physical skills; such as a brutal mentality and discipline for one of the most exhausting sports. Now, what if we told you that the same players from the top football league chose what they consider to be ‘the best players in the league?

Nobody better than them to make the decision of who should top the list of the best player in the NFL, they are known not only for training, but for the confrontations they have had throughout the seasons, in addition to the hours of study they do about rivals.

As expected and trying to avoid the spoilers of the highest numbers in the list of the 100 best players in the NFL, the offensive players are the ones who took the main role, but that means that the defenders at the top of the listing, they have more merit.

Rookie players were not counted because there are no parameters, as the list takes into account players who competed in the NFL last season. So Trevor Lawrence and Justin Fields will not be able to enter this list.

The list of the best players in the American football league

Top 10 best players in the NFL

The Bills QB made the leap in quality last season in the NFL, not only did he lead Buffalo to the postseason, he was also one step away from playing the Super Bowl.

JJ’s brother took the lead in the family and has become one of the most ruthless and feared defenders by running backs and quarterbacks, as he is one of the best linebackers in the NFL.

The Cardinals is putting together a blunderbuss, he has one of the best receivers in the NFL in Hopkins, his quality is proven, and his numbers are proof of why he is at the top of the list of the best players.

What else can you say about Brady? His 7 Super Bowl rings speak for him, and he returns to find an eighth ring. His teammates in the NFL continue to consider him among the elite after 20 years in the league.

If Green Bay was the best team in the national conference last season, it was largely down to Davante Adams’ catches. Few in the NFL have the confidence and skill that the Packers catcher has, and this 2021 comes more recharged than ever and with Rodgers at the controls.

Despite not being a wide receiver, he has more receiving yards than many on this list, and it is no coincidence that he is one of Mahomes’ preferred destinations. Travis Kelce has a combination of strength, talent, and also a great physique to block if necessary. A perfect weapon for Kansas City in the NFL.

A runner like no other, no one in the NFL has the power he has, in addition to a speed that when he starts running makes him practically unstoppable, surely no defender will want to get in his way, or they will be blown away by the force of Derrick Henry.

The MVP of last season, spend and spend seasons in the NFL, and Aaron Rodgers is still one of the best players in the league and immediately puts quality Packers favorites in a position to reach the Super Bowl.

The only defensive player in the top 10 and not a gift, Aaron Donald is one of the best at his position and clearly in the entire NFL. He is the leader of defense in the Rams, and his team has great options in the national conference thanks to the work of Donald.

Although his game in the last Super Bowl was not spectacular – not because of him, but because his teammates helped little -, he is still on the list of the best players and is considered by his teammates as the best in the NFL, a challenge that meets on the grid with its quality.