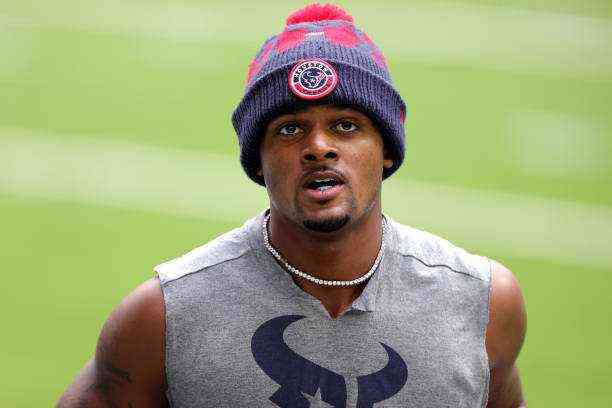 On March 16, Deshaun Watson, quarterback for the Texans, was involved in a lawsuit for an alleged sexual assault case against a masseur. However, Watson issued a statement in which he maintained that he has always treated women with respect.

In just one day, the demands have already gone from one to six, and this is all you need to know on the subject.

Deshaun Watson will be reported up to six times

On March 16, the Clemson quarterback was charged with an alleged sexual assault in a Buzbee Law Firm lawsuit. However, just a day later, the number has already increased to three lawsuits and most likely will reach six.

Tony Buzbee, a lawyer and former candidate for mayor of Houston, announced through an Instagram post that Deshaun Watson will be sued again for sexual assaults, noting the following:

“Third lawsuit of the six to be filed against Deshaun Watson, alleging assault. This is the most egregious to date. Again, I will not share details here, but we do have open courts in our Texas Constitution,” Buzbee noted.

The 53-year-old attorney also took the opportunity to reply to the Clemson quarterback after singling him out for just seeking fame: “I’ve been doing this for a long time. I don’t need “fame” and to be honest, and I mean it as modestly as I can, if I never made another penny I’d be pretty cool. The point is, I am not pursuing these cases for the money, and every woman who has come forward thus far has only pleaded the minimum amount to invoke the court’s jurisdiction ($ 500). It’s not about money”.

Buzbee continued: “As a leader, I have handled many mass torts recovering hundreds of millions of dollars. I tried and won some of the biggest cases in Texas history. But, I will say that I have never faced the grossness that I have experienced in this case. People are crazy! Threaten my children? (…) All for football? Control yourselves!”.

The second claim has the same motive as the first

It should be noted that, according to Black Sports Online, a second woman in Atlanta presented a story very similar to the first case, recounting that Watson found her on Instagram and exposed herself while receiving a massage: “The story of this second accusation is wild. It starts out just like the first accuser, which Watson found on Instagram even though she is not a fully licensed masseuse. She claims that he flew her from Atlanta to Houston just for a massage at his hotel, but began to get upset when she refused to touch her private area or massage her anus. The court documents explain this event with graphic details”, it is described.

Buzbee, who represents the first accuser, says her law firm has even filed the third of six cases against Watson on Wednesday, noting that all the women claim the quarterback assaulted them.

Unlike the first time, this time, Deshaun Watson has not spoken in networks about the accusations against him, although he already made it clear that he will seek to clear his name on Tuesday.

What do you think about the situation of sexual assault in which Watson is involved? What should the Houston Texans do with their star quarterback? We read you in the comments.

After His Retirement, Drew Brees is The New Announcer of NBC Sports