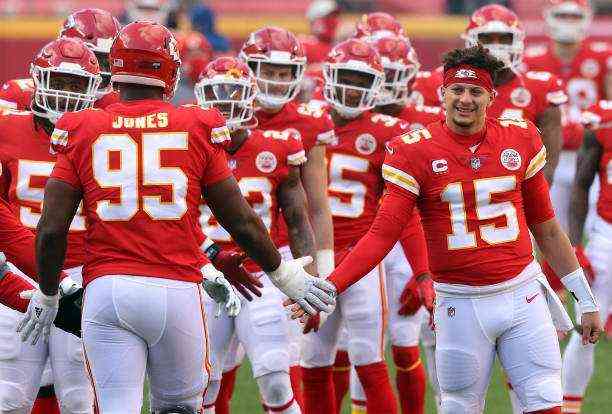 The NFL Conference Finals present the best of the season. The most solid teams raffled the entire postseason. Although some come to these games depleted after a long campaign with the increasingly materialized aspirations of being in the Super Bowl.

The quarterbacks always have the spotlight on them , in their hands is not only the weight of the entire offense, but they also have the ability to change history in just one pass, one run, or some last minute change that occurs to them.

Before the matches, they will see countless texts in which they will show you all the qualities on the field or their infinite statistics like a supermarket ticket, here we show you curious things about the 4 protagonists of the Conference Finals.

A lifelong football fan, although multidisciplinary, he never hid his special affection for the sport of the field. Aaron showed from a young age that he would be a game analyst, at 2 years old, he was already watching football games, and at 5 he was already updating his statistics cards.

In his school days, he joined the baseball team and was a pitcher, even in other sports, he showed the excellent arm he had when throwing a 90 miles per hour fastball.

Not only is he a fan of grilling, he also has a great passion for music, to the extent of having his own rock label called Suspended Sunrise Recording.

Before arriving in the NFL, his path could be in another sport such as baseball, the Montreal Expos had selected him in the 1995 Draft for being an exceptional hitter, but he chose American football, and the rest is history, as he became the most successful player in history.

He studied at Junípero Serra High School in San Mateo, California, and because of everything he has done for the sport, the university decided to put his last name on a stadium. The official name is Brady Family Stadium.

So multidisciplinary that it is in his blood, his father is a famous baseball player, and his genes did not fail. During his college days, he was chosen as the college male athlete in 2013-2014. In addition to football, he was in his father’s sport and basketball.

His girlfriend is Brittany Matthews, and like Mahomes, she shares a taste for sports. She is a fitness coach, and her pregnancy has not stopped her workouts, as she continues to exercise.

The Bills quarterback before he was the player who returned to his team to a postseason helped with a 2000-acre farm belonging to his family. In addition, he has experience in restaurants, he supported her mother with her business during her lunches.

Where And When Will Super Bowl Lvi Be Played?