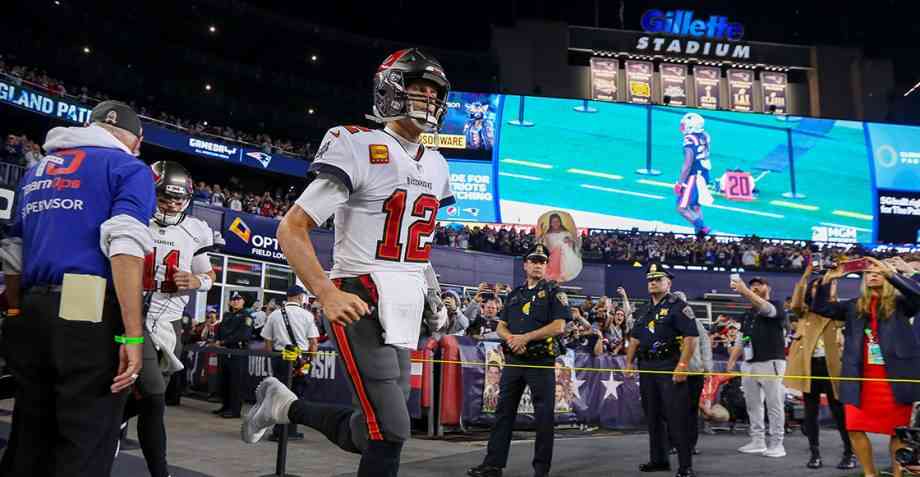 Tom Brady returned home and was greeted by the New England Patriots fans with a thunderous applause that made the skin go away.

Tom Brady returned home, and the New England Patriots let him know that they expect him back when he decides to retire. It is the first time Brady has played against the team with which he built his legend after signing with the Tampa Bay Buccaneers.

The player who won six Super Bowls with the Pats, had already received the first ovations of dozens of fans who waited for him at the entrance of the Buccaneers concentration hotel, but what was experienced, seen, and heard at Gillette Stadium was crazy.

The Pats fans or managers have so well received no other opponent. Before donning his helmet and Tampa Bay colors, Brady met again in the stadium tunnels with Robert Kraft, the franchise owner.

“I always hope Tom Brady wins, except when he plays against us. But in the end, I think, and I hope to come back here, we’ll put on red jacket, and will retire as Patriot”, he said in an interview prior to the start of the match.

This is how the welcome to Brady was heard

Before the start of the Patriots-Buccaneers game, Brady came out of the visitors’ locker room for the first time and jumped onto the court, and the New England crowd overflowed as the quarterback raced down the court, seemingly indifferent to the cheers. “Brady, Brady, Brady!”

However, as he reached the end zone, out of excitement, Brady threw a punch into the air that caused an extra explosion at Gillette Stadium.