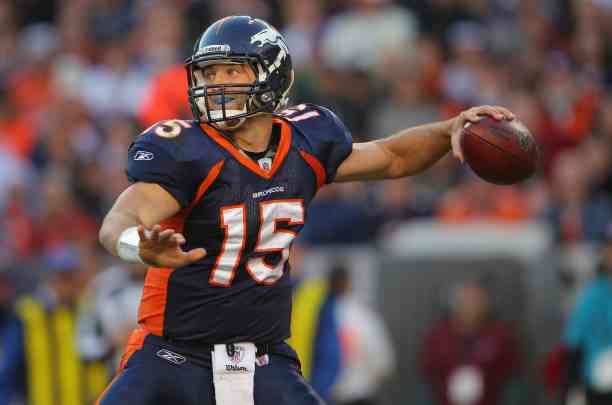 Tebow Time! The former quarterback returns to the NFL with the Jaguars, but not to play as a QB, but as a tight end.

After the draft, the announcement of the NFL season schedule, and we have a new surprise that comes to the league, although it was an open secret, it was only expected that all this would become official, and it already is. Tim Tebow returns to the NFL, signing for 1 year.

Yes, this is not a joke or anything, the quarterback returns to the NFL, the Jaguars took it upon themselves to get Tebow back to the field after 9 years since he played his last game with the New York Jets and was subsequently cut.

Although he tried to return twice, in 2013 and 2015, with the Patriots and Eagles, respectively, but in neither of the two could he officially stay with the teams and did not return to the NFL until the Jaguars rescued him for their main squad.

But to calm everything down, the position of Trevor Lawrence is not at stake with the arrival of Tim Tebow, because the quarterback will stop being it to transform into a tight end, and under that position, it is that he arrives with the Jaguars, so it will be a new beginning for the now-former QB.

“I want to thank the Jaguars for the opportunity to compete and earn the opportunity to be a part of this team. I know it will be a challenge, but it is a challenge that I accept. I am dedicated to taking the direction of our coaching staff and learning from my teammates,” said Tim Tebow after signing his contract.

With whom will Tim Tebow compete for the position?

The Jaguars are rising as one of their top-roster teams, despite the fact that the season passed, they finished as the worst team in the entire league, but free agency and the draft left them strong in the American Conference.

Marvin Jones Jr., Chris Manhertz, Saquill Griffin and Malcolm Brown are some of the additions for this season, and they will be part of the first team that, together with the arrival of Trevor Lawrence will compete to reach the postseason.

In fact, Chris Mahertz, who will be the team’s starting tight end, will become Tim Tebow’s main competitor for the job, but not just the former Panthers player. Tim Tebow has 2 other players with whom he will dispute the opportunities: James O’Shaughnessy and Luke Farrell.