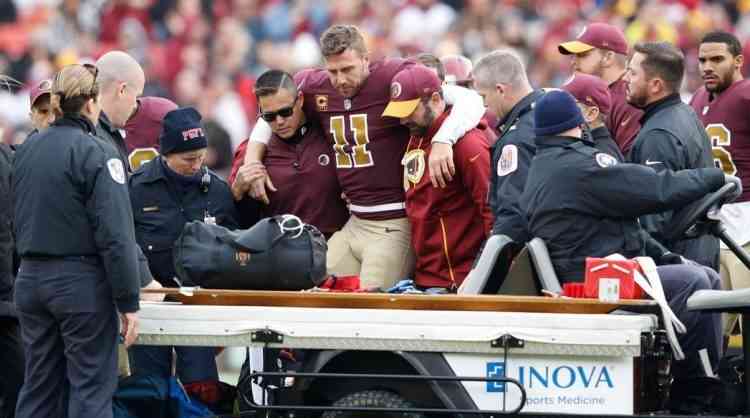 This morning quarterback Alex Smith announced his retirement from the NFL, and with it goes one of the sport’s greatest resilience stories. His return to the grills, after staying on the brink of death, is one of those stories that we will tell our children and grandchildren, and it is one of the reasons why we love football so much. Precisely for that reason, we cannot let it stay that way, simply as a story that we pass on from one generation to another.

The NFL must recognize what was done by Alex Smith, the human being. Regardless of how his career has passed and the sporting merits that never lived up to his status as the first overall pick of 2005, his true contribution to the NFL is emotionally: he returned from a composite fracture of the tibia and fibula that required a dozen surgeries and two years of recovery. Upon his return, he took the Washington Football Team and helped them secure a postseason ticket. His contribution was, without a doubt, emotional, and that is why the league must recognize him in the best possible way: putting his name to the Return of the Year Award.

That’s right – the NFL Comeback Player of the Year Award should be called the Alex Smith Comeback Player of the Year Award starting this season. It is the best way to recognize what this player has done and not only on his return from injury but also throughout his career. After becoming that first pick we talked about, the quarterback went through a lot of trouble establishing himself in San Francisco until he ended his tenure there, going 19-5-1 in his last two seasons with the Niners. What was gained by that? Be changed to Kansas City. Hence, with the Chiefs, he had a 50-26 record, which only served him to witness how the Chiefs selected Patrick Mahomes to replace him. What’s more, Kansas City sent him to Washington, a franchise that came from many bad years. The result? In games where he was a starting quarterback, Washington went 11-5.

In short, Alex Smith is the best example that, regardless of what happens around him, he can make things happen. That’s why the award that recognizes resilience in the NFL should be called like this: the Alex Smith Award. It is one of those decisions that is so logical that you only have to execute it.