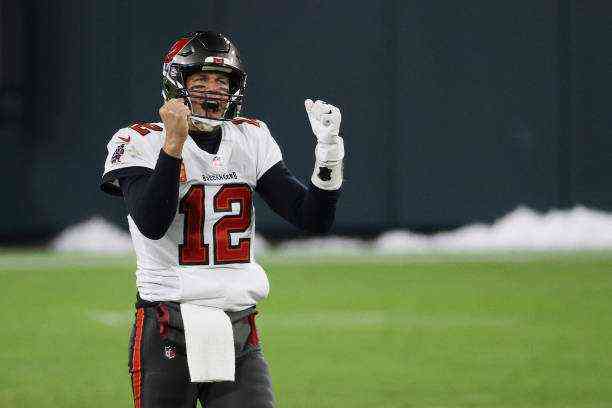 Tom Brady never tires of surprising anyone who doubts his potential and talent as one of the greatest players in NFL history. At 43, the Tampa Bay Buccaneers number 12 overcame suspicion after moving to Florida and will play in the 10th Super Bowl of his career this Sunday. The opponent will be Kansas City Chiefs, by Patrick Mahomes.

Brady has been in the league since 2000 and has been in the 21st season, 20 of them wearing the New England Patriots jersey and the last one defending the Tampa Bay Buccaneers. The veteran has won the Super Bowl six times and can end an 18-year fast from the new franchise if he wins another ring.

NFL start had distrust and catchphrase

His career in the league began under great suspicion, as Brady was selected by the Patriots in the sixth round of the Draft, in 199th place. When introducing himself to Robert Kraft, owner of the franchise, he said it was “the best decision in the history of the franchise.”

By assuming ownership in the 2001 season and taking the team to the Super Bowl 36 title in his second year in the league, Brady began to show that his statement to Kraft could become a reality and not just a catchphrase from those who almost missed out on the NFL.

The partnership between Brady and coach Bill Belichick has consolidated each season and ended up becoming the most successful between quarterback and coach in league history. Together, they reached the Super Bowl nine times, won six of them, and won the Eastern division of the American Conference 17 times.

But the quarterback was also the subject of some controversies during his career, the main one being the scandal called “Deflategate.” The Patriots were accused of purposely wilting the game balls against the Indianapolis Colts in the American Conference decision of the 2014 season. Brady was punished for four games after a league investigation found that he was aware of the banned maneuver.

Over the years, Brady changed the way of acting a little and started betting on shorter passes and greater efficiency. Thus, he managed to win the last titles with the Patriots shirt. However, the 2019 season was far from expected, and the quarterback had numbers far from what he used to present. The defeat to the Tennessee Titans at the opening of the playoffs was his last with the franchise shirt that drafted him.

Change of air after 20 years in the Patriots

Tom Brady left the Patriots for not coming to terms with a long contract. The relationship between Brady and Belichick, although victorious, was also no longer the same, and the trust between the two was shaken after some conflicts and disagreements about the future of the player in the team.

The star wants to play in the NFL until the age of 45, while the team understood that they needed to look for a quarterback for their future and did not intend to offer a greater bond than valid for one season. In this scenario, he went on to analyze the possibilities for the future and ended up signing a two-year contract with Tampa Bay Buccaneers.

The choice of shirt number 12 surprised, since the franchise has not played in the playoffs since 2007 and adds only one NFL title. Still, with a squad full of talent on the attack and a strong defense, Brady managed to change the team’s mentality and made it into the postseason.

In the playoffs, Brady led the team in big wins against Washington Football Team, New Orleans Saints, and Green Bay Packers, all away from home, to reach Super Bowl 55. The game against Kansas City Chiefs will be at the Bucs’ home, which can be the first team to win the league as principal.

Ruled life off the pitch is key to success

All of Brady’s success and trajectory is backed by family support and personalized preparation. The quarterback has been married to Brazilian model Gisele Bundchen since 2009. The couple has two children, Benjamin Rein, born in 2009, and Vivian Lake, born in 2012. Brady also has another son, John Edward Thomas Moynahan, as a result of the player’s relationship with actress Bridget Moynahan.

The preparation also causes controversy, since the player-created in partnership with personal trainer Alex Guerrero his own Method and which became a franchise, the TB12 Method. The diet is full of restrictions and focused on organic foods and low meat consumption, while the training routine excludes the gym and focuses on massages and stretching. He also lives a ruled life, going to sleep around 9 pm and waking up before 6 am every day. Thus, he finds himself acting beyond the age of 45.

“Yes, definitely. I would definitely consider it. Again, it is a physical sport. Only the prospect I have of it is that you never know when that moment is. Just because it is a contact sport, and again it has to be 100 percent committed me to continue practicing, “he said.

Check out the main numbers and records of Tom Brady: