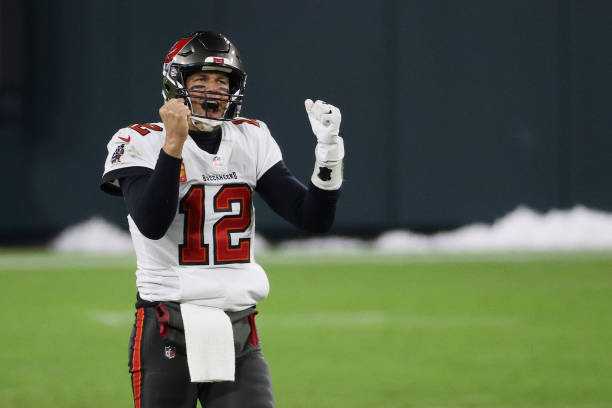 We know about the talent of Tom Brady, but it is difficult to think that he will play until the age of 65, but this is how the video game Battlefield 2042 presented him.

The world of video games presents a virtual reality world similar to that of real life, but this is not always the case. Sometimes the creators of those video games put references from the real world, and in the new game Battlefield 2042, it seemed like a good idea to put Tom Brady.

It may seem like something extremely crazy, Tom Brady in a video game of war? Well, yes, but it is not a character to play, or you will have any of its items to customize your character, it simply appears in the form of an ‘easter egg’, and because you do not know what it is, stay, and we will explain it better.

The so-called ‘easter eggs’ are some winks and references that some creators use to the real world or other video games. Most are hidden or difficult to find, like the Easter holes, where their name comes from.

Battlefield 2042 is a new video game, and it had an announcement about what is coming for the game, but it has a little ‘easter egg’ in which Tom Brady appears. In one part of the announcement, you can see an image of the QB as the league’s MVP, the only thing is that the game is set in 2042, that is, Brady will be 65 years old by then.

It is not unreasonable to think that Tom Brady will be MVP of the league, he is the GOAT of the NFL, but at 65, it is a bit exaggerated, and in the promotional image of the video game, you can see the QB with gray hair, a little bald and with lots of wrinkles, so it can look more real.

Tom Brady and his longevity in the NFL

The QBs who have the courage to play at the highest level in American football after 40 years are counted, they are really counted because it is not only playing after 40, but maintaining the level to continue being considered within the elite.

Little of that worries Tom Brady, because at 44 years old, he is still in the top 5 of quarterbacks in the NFL, in addition to maintaining an enviable shape and injuries have respected him a lot, in addition to other factors on your computer.

In a recent interview, Tom Brady mentioned that he feels so good in his life that he could play until 55 years old if he wanted, we do not doubt it, but at 65 years as the video game presents, it could be something a little of fantasy.

At least, we will have Tom Brady for the remainder of this season and most likely one more because his contract is for two more seasons with the Buccaneers, so we don’t know if until 2042 as in Battlefield, but possibly he will play until the 46.