Sheriff, The Team That Celebrates Its Triumphs…

What We Know About The Hospitalization Of…

Try Not To Cry: This Is How…

Jake Paul Already Has A Rival And…

Knicks Rally 21 Points In Milwaukee With…

Jon Gruden Sues The NFL And Its… 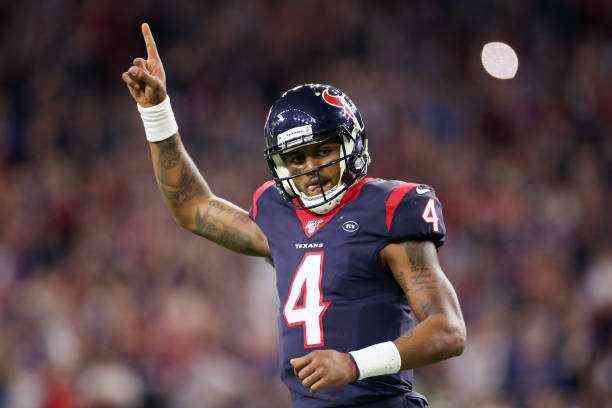 A Plot Twist worthy of a Hollywood movie, Deshaun Watson had been sued for alleged sexual assault, and the QB replied that he had only treated women with respect, and that he would clear his name after these accusations.

2 lawsuits for sexual assaults are added to his portfolio, in total, there are already 3 masseurs who accuse Deshaun Watson, but the last that we know of is the most serious of all. The woman filed her lawsuit under the pseudonym Jane Doe to protect her identity.

The masseuse says the two made an appointment at an office building in Houston, Texas, on December 28, 2020, at 10 a.m. Jane Doe claims that Watson insisted that she concentrate on massaging her “inner thighs” and “inner glutes.”

With information from the TMZ Sports portal, the girl argues that Deshaun Watson “became more aggressive” and forced her to perform oral sex without Jane Doe’s consent. She even claims that she fainted due to the fear she felt, that is why the woman is suing for sexual assault, civil assault, and intentional inflection of emotional distress.

After attorney Tony Buzbee announced the first sexual assault lawsuit, a second masseuse joined the allegations. Again TMZ Sports had access to documents in which Watson approached her through Instagram on August 14, 2020, to set up a private session.

Already in the private session, the girl mentions that the QB ” immediately undressed completely and got on the massage table with his penis completely exposed, “a very uncomfortable situation for her and that she immediately covered herself during the massage. In the testimony of the masseuse, Deshaun refused, arguing that “he gets hot easily.”

Buzbee, the attorney representing the prosecuting parties, says his law firm mentions that there are four cases against Watson, so things are far from over for the quarterback, and one of the cases he mentions is yet to be heard.