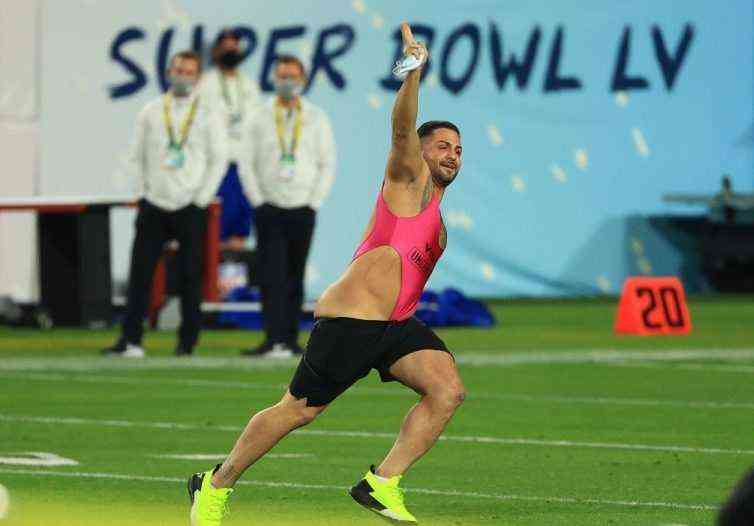 Super Bowl LV was not just about Tom Brady and great plays, it left us with great moments off the field worth remembering.

A few months ago, what seemed impossible became a reality today: Super Bowl LV was successfully staged and the Tampa Bay Buccaneers claimed the second title in franchise history.

Tom Brady has the world of sports at his feet; However, there were moments when the game took a back seat, and the atmosphere gave us moments worth remembering for a long time.

Before the game started, more than one element attracted attention with their tennis shoes. Juan Thornhill was the first, with an impressive design of SpongeBob, which made reference to the long-awaited halftime show of each year.

The Chiefs safety wore the character in square pants alongside Squidward and Patricio, who wear their band outfits and sing at the top of their lungs.

For his part, defensive tackle Khalen Saunder moved thousands of people with the pair of shoes that sported his son’s image.

Griezmann in the rostrum

Antoine Griezmann succeeded, because today he was active with Barcelona in La Liga, but his image had a place in the stadium.

The Frenchman took the situation with humor, and despite not being able to travel, he published a video on his social networks to show his face in one of the cards that filled the seats at the Buccaneers’ home.

The thing is not there! Because in addition to the forward, we meet Alex Fernández, although the comedian was a bit out of tune with the confrontation, as he appeared in the photo with his New England Patriots jersey.

No matter the place or the circumstances of any event, there will always be a Mexican present. The first to appear was Alan Pulido, who lives and plays in the same city.

As if that were not enough, Pizarro showed that he was very close to one of the luxury guests: Jennifer Lopez, who appeared at the halftime show last year.

Reviewing The Big Board For The 2021 NFL Draft