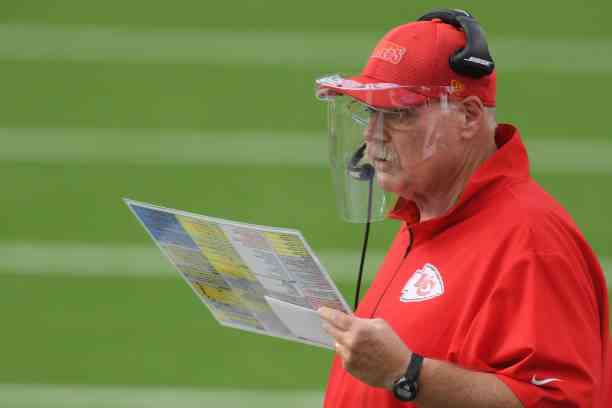 After the Chiefs’ loss to Chargers, Andy Reid left the stadium by ambulance after feeling bad, and here’s what we know.

The Kansas City Chiefs suffered their second consecutive loss in the first three weeks of the NFL season, after losing 30-24 to the Los Angeles Chargers, however, Patrick Mahomes’ team disaster moved to a second term, as the head coach, Andy Reid, was taken to a hospital after the game.

Reid, 63, did not attend the media after the game, precisely because of his health condition. However, the franchise has not provided information about it.

Andy Reid was taken by ambulance

The information about Andy Reid’s situation was released by James Palmer, a journalist for the NFL Network, who, through his Twitter account, explained that the coach left the stadium by ambulance.

Reid’s health condition, however, would not be serious. However, the fact of having avoided contact with the media after the game, would have been a precautionary measure.

The players were unaware of Andy Reid’s situation until that moment, although they were later informed that the head coach should recover without complications, but the condition is unknown.

“The Chiefs announced that Andy Reid was feeling ill, so he did not address the media as a precaution. I can confirm that he left the stadium in an ambulance. The players did not know that he was not feeling well and were told that he should recover. Everything points to the Chiefs taking all precautions,” said the communicator.

What do the Chiefs say?

It was after 9:00 p.m., Central Mexico time, when the Chiefs issued a statement, in which they explained that Reid was stable and was recovering without major problems, although they did not clarify symptoms or any diagnosis.

“Head coach Andy Reid felt bad at the end of the game. Our medical staff evaluated him in the locker room and, as a precaution, he was transferred to the University of Kansas Health System for further evaluation. The coach is fine, currently resting and in stable condition”,  indicates the media.

Raiders Coach Destroys Super Bowl 2022 Venue: “Its Like A Maze”

How Much Did NFL Commissioner Roger Goodell Earn From 2019 To 2021?