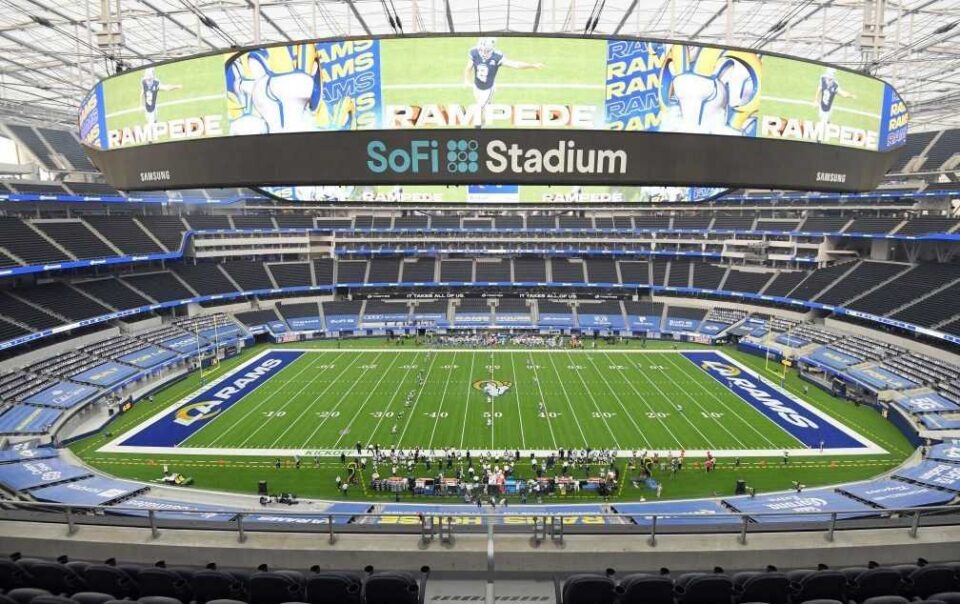 Super Bowl LVI already has a date, February 6, 2022, is the date and here we tell you in which stadium and city the big NFL game will be.

The 2021-22 season still has a few months to start officially, but we already know which will be the venue for the Super Bowl the next season and until a few more years so that they are ready and if the conditions due to Covid-19 allow it.

California will host Super Bowl LVI, for the thirteenth time in NFL history, the “Golden State” will host the most important game of the season, but for the first time, it will be played at SoFi Stadium, released in 2020 and is the home of the Rams and Chargers.

Super Bowl LVI will be the first major event that the SoFi Stadium will have, then it will be the venue for the 2028 Olympic Games that will be in the city of Los Angeles, in addition, the property is considered among the venues that will be used for the Copa del World of 2026.

The rivals still do not know but the city and the stadium already, also the date and it will be February 6, 2022 so that they will break the pig, hoping that we can attend.

Super Bowl VII: The Dolphins faced the Washington Redskins, yes that nickname that has just been removed from the franchise, and the Miami team took the victory after losing the big game a year earlier.

Super Bowl XI: The Rose Bowl was the scene of the first title in the history of the Raiders franchise, and the Vikings were the victims of the great team that were the “bad guys” with John Madden as head coach.

Super Bowl XIV: The fourth championship for the Steelers and again the Rose Bowl was the big game scene. Terry Bradshaw commanded the “steelers” to beat the Rams 31-19, in addition, the QB was the most valuable player of the game.

Super Bowl XVII: The first in Redskins history, the Dolphins failed to get a new championship, and running back John Riggins was the MVP of the game.

Super Bowl XIX: Joe Montana would achieve the second title for the 49ers, and his rival was the Dolphins, who lost their third final and would increase the legend of the San Francisco QB.

Super Bowl XXI: The Giants were crowned for the first time in California in a Rose Bowl that was already 4 times a Super Bowl, the Broncos could not against the New Yorkers who had in Phil Simms their commander and most valuable player.

Super Bowl XXII: The Redskins were the first to repeat the championship in California, the Broncos could not against the attacks of Washington and more in the second quarter, in which the Redskins made 35 points.

Super Bowl XXXII: The Broncos, after several attempts, would achieve the championship, with the help of John Elway and Terrell Davies combined to beat the Packers.

Super Bowl XXXVII: The first franchise title for Tampa Bay with Martín Gramatina on the team, they surprised Rich Gannon and the Raiders for the victory.

Super Bowl L: The Broncos would be the second team to repeat the championship in California, and Peyton Manning would be in charge of getting his second title before Cam Newton and the Panthers.