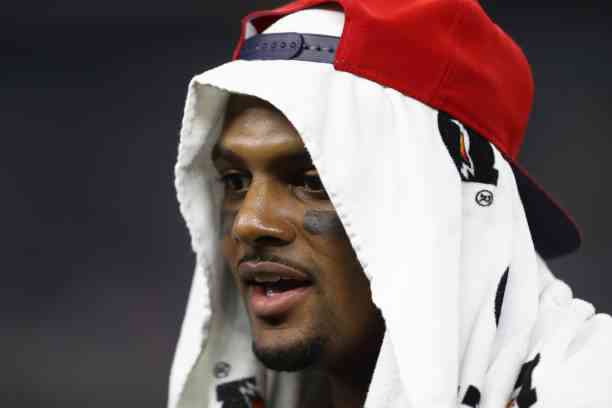 Deshaun Watson, the quarterback for the Houston Texans, was sued for the first time on March 16 by the Buzbee Law Firm, accusing him of an alleged sexual harassment case against a masseur. However, since that day the tension has only increased, and issues continue to surface for the 25-year-old quarterback. In this post, we will tell you everything you need to know so far about the Deshaun Watson case.

March 16: the first case against Deshaun Watson is present. Tony Buzbee, a former Houston mayoral candidate, sued the Texans quarterback through his law firm for an alleged sexual assault case against a masseur. Buzbee made it public on his Instagram profile.

March 17: Two more lawsuits appear against the Clemson graduate. The first plaintiff was a licensed massage therapist who worked as an independent contractor and graduated from chiropractic school in Houston. For its part, the second case was a lawsuit by someone described as a masseuse from Atlanta, Georgia, whom Watson contacted via an Instagram direct message.

March 18: With three more lawsuits in its single day, six complaints were reached in total , and Buzbee, a 53-year-old attorney, noted “I have never faced the disgustingness that I have experienced in this case,” referring to the “Atrocity” of the alleged sexual offenses.

March 22:  Monday the 22nd was the “record day” of this case as seven new lawsuits were added in just 24 hours. All the events mentioned were against masseurs from Houston except one from California.

March 23:  Two other lawsuits were filed against Watson. The first was from a licensed and certified fitness professional who resides in Texas. The second is described by a skin tightening licensed person who works for a spa in Houston and allegedly had to sign a confidentiality agreement.

March 29: Nick Caserio, GM of the Texans, spoke publicly on the subject for the first time. “We certainly take it very seriously. The allegations, what has been discussed, are certainly worrying. At the organizational level, that is not something we can tolerate, that kind of action. We will let the legal process develop on its own. This same day, three more lawsuits were formalized to the case, and they reached twenty in total.

March 30: Complaint number 21 was filed alleging another sexual assault against a licensed Houston-based masseuse whom Watson allegedly contacted via Snapchat.

April 5: In one of the letters that the Texans send periodically to their subscribers, the owner of the team, Janice McNair, made a mention about the legal situation that his quarterback currently lives, and about the position of the team regarding the alleged behavior: “As reported, the HPD (Houston Police Department) and the NFL are conducting investigations, and we will cooperate fully. We respect the legal process and will continue to monitor the situation closely.”

April 5:  the same day that McNair ruled on the matter, the last of the lawsuits (so far) was made present. It alleges that Watson, in Houston, allegedly harassed an esthetician who offers skin care. The lawsuit notes that “Watson’s behavior is part of a disturbing and growing pattern.”

April 7 – As a result of all the allegations, four companies decided not to continue to sponsor Watson, including:

Tom Brady: Know The Trajectory of The Athlete Who Goes To His 10th Super Bowl