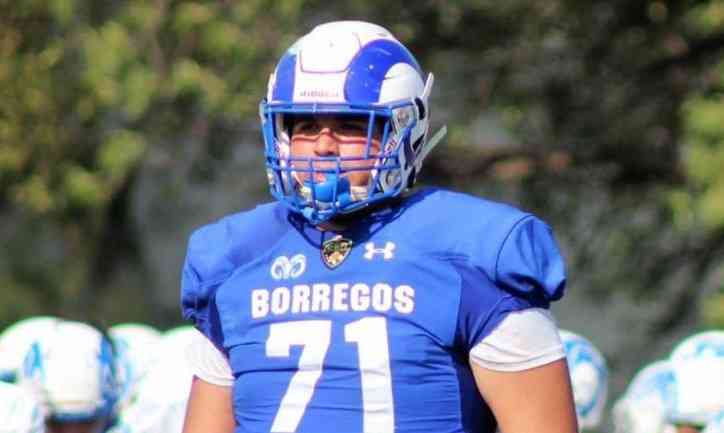 Participants in this year’s International Player Pathway Program are about to meet the new teams they will play for in the NFL; Among them is the Mexican offensive lineman Alfredo Gutierrez, a graduate of Tecnológico de Monterrey. That is why in this article, we tell you who Alfredo Gutiérrez is and everything you should know about him.

Who is Alfredo Gutierrez?

Originally from Tijuana, Baja California, graduated from Tecnológico de Monterrey and 24 years old, Alfredo Gutierrez Urias was selected in the sixth round of the LFA Draft by the Monterrey Fundidores for the 2021 season, however, before 2020 At the end, the Mexican was invited to participate in the International Player Pathway Program, where together with 10 other players from different parts of the world, he would try to earn a place in the NFL.

Thus, on March 31, Alfredo held his Pro Day at the University of Florida facilities with the best prospects of the Gators, and Scott Pioli, former general manager of the NFL and the person responsible for the arrival of Tom Brady to the Patriots, was one of the voices that highlighted the performance of the Mexican.

In this event, according to Pioli himself, the official marks of the Mexican were: height of 2.08 meters and a weight of 150.5 kilograms. Already in the tests, he registered a vertical jump of 68.58 centimeters, had a static long jump of 2.46 meters, reached 20 repetitions of bench press with a weight of 225 pounds (102 kilograms), and ran 40 yards in 4.65 seconds, which is very solid numbers.

Let us remember that this year, due to COVID-19 reasons, the NFL canceled the Scouting Combine, so the Pro Day became even more relevant for the scouts, since it was the only opportunity they had to know and evaluate the performance of the new prospects looking to make a place in the league.

It should also be noted that, in a press conference that Gutiérrez held, Primero y Diez had the opportunity to ask him with which NFL player would he compare his level of play, to which he replied that he compares his skills with those of OT Alejandro Villanueva, of the Pittsburgh Steelers, added to the fact that he was grateful for all the support he has received from Isaac Alarcón.

And it is that, if signed, Gutierrez would be the second Mexican in the NFL, since his former teammate from Tecnológico de Monterrey, Isaac Alarcón, was the first after having reached the rooster of the Dallas Cowboys last year and having signed a contract with reserve/future, which serves to protect the player by preventing them from signing with other teams, and takes effect until the start of the new league year.