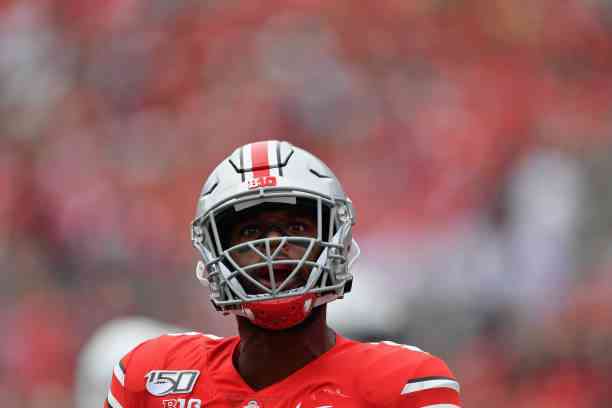 Once the First and Ten Big Board’s main prospects have been thoroughly reviewed (at least, those that, in our opinion, have ample first-round possibilities), we bring you the brief analysis profile of the rest of the prospects on our board, such as Baron Browning. So we are going to complete an X-ray as wide as possible of the players that we will see parading throughout the three days of the 2021 NFL Draft.

In terms of our Draft Glossary, I define him as: an athlete who brings his versatile linebacker skills to play between the tackles and can play his way out doing it at the same level.

If a team is looking for a hybrid at the linebacker position who can perform whatever assignment is asked of him, and contribute in rushing situations such as passing, Baron Browning should be their player.

I like: that he has a good lateral movement making him a very effective player in plays towards the wing and showing good speed in pursuit. He has the strength to counter the hit of the linemen who are looking for him in the second level, using his hands well to remove the block and attack the running back.

His agility and strength also make him effective for pass coverage, staying close throughout the route against running backs and tight ends. He could even be used as an eventual pass rusher in a 3-4 defense, having the tools to grow in that position in the NFL. It will be a great element in current defensive schemes, which adapt to the opponent in turn.

Dislike: that he has a hard time anticipating based on the pre-play reading, because he could find himself in a bad location that would allow for easy blocking. He needs to improve his reaction to certain previous moves or lineups on the offense. He has a history of injuries that should be of concern when considering him as an option in the 2021 NFL Draft, in addition to his lack of starting experience.

His X Factor heading into the Draft: The linebacker position has reps this year that are causing a lot of interest, and Browning is not among them. It is unlikely that we will see him close strong to be taken in the first round. He’s a Top 10 talent at his position, but he may not be on many NFL team boards within the top 50 prospects, so he could be taken on the second day of the draft.

What could help Browning is the possibility of occupying any position in any of the defensive schemes – with the potential to be a three-down player. I see him calling attention to teams at the end of the second round like Chiefs or Packers for the latter. If it falls to the third round, the range is wide, and it will depend on what they did in the first two rounds, but the Jets, Raiders, or Rams are my candidates.