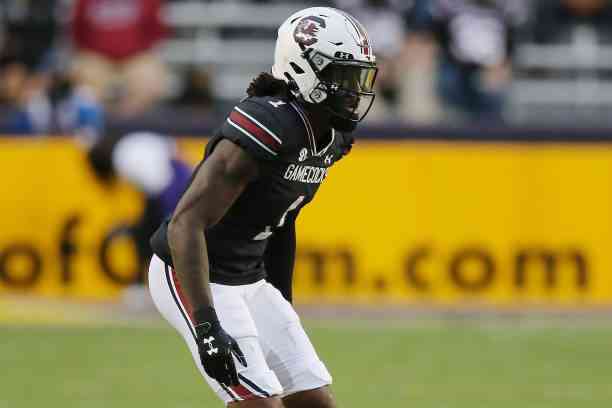 Once the main prospects of the First and Ten Big Board have been thoroughly reviewed (at least, those that in our opinion, have ample first-round possibilities), we bring you the brief analysis profile of the rest of the prospects on our board, such as Jaycee Horn, so let’s complete as broad an X-ray as possible of the players we will see parading through the three days of the 2021 NFL Draft.

In terms of our Draft Glossary, I define him as: a prospect with excellent physical qualities and well-developed instincts for finding the ball. You have the ideal attitude to become a team leader; you will use trash talk to your advantage and will be able to back it up with actions. He is the type of cornerback who is going to ask to cover the best rival receiver. He is constantly on the verge of regulation, being very physical with the receiver both in the release and at the end of the route.

I like: his competitive mentality is the best. He has a great ability to read the trajectory that the receiver will follow and the ability to anticipate it. It constantly finds the ball when it is in the air and reaches it with ease, thanks to its ideal physical characteristics for the position (long and strong limbs).

I do not like: Sometimes he is too aggressive, and that costs him punishments. Although he finds the ball very well, his production in interceptions is very low (only two in three seasons). His ability as a tackler is not the best.

His X-Factor heading into the Draft: The numbers he showed on his Pro Day supported the anticipation surrounding this player, originally sparked by his performance on the field. Although he left the 2020 season after just seven games, he showed enough to convince locals and strangers that he is among the best corners available this year.

He has the NFL family lineage, as he is the son of Joe Horn, who played catcher for twelve years in the league, so he has seen what it takes to be a professional athlete.

We’re certainly looking at a first-round player who can leave as early as 10th to the Dallas Cowboys and no later than 20th. Other teams he would be a great fit for would be the Chargers, Vikings and Cardinals.