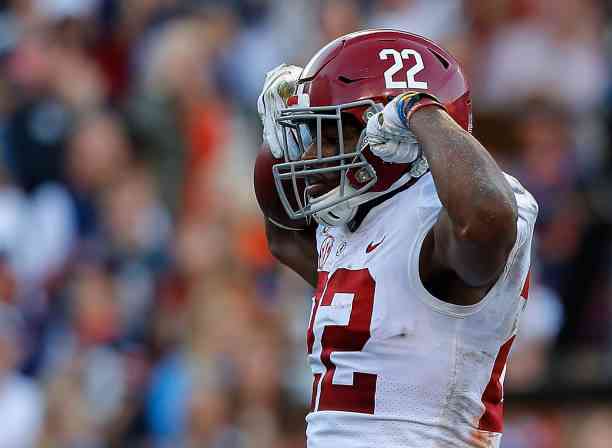 Once the main prospects of the First and Ten Big Board have been thoroughly reviewed (at least, those that in our opinion have ample first-round possibilities), we bring you the brief analysis-profile of the rest of the prospects on our board, such as Najee Harris, so let’s complete as broad an X-ray as possible of the players we will see parading through the three days of the 2021 NFL Draft.

In terms of our Draft Glossary, I define him as: An immediate impact runner who will start and can carry the weight of an offense’s running game, thanks to his patience to carry the ball and the way to end each play by falling forward. He is a player with an imposing physique that shows the ability of smaller runners. To all this, he adds a good ability to catch passes and run good routes, which has earned him comparisons with Matt Forte.

During his stay in Alabama, he showed constant improvement and growing production, setting some records among which are the most rushing yards in his career with 3 843 (which belonged to Derrick Henry), the one for touchdowns in a season in the SEC with 30 and tied Tim Tebow’s with 50 total career touchdowns.

I like: His physique is very remarkable; muscular, agile, and of good stature, which allows him to break through with some ease in the face of tackling attempts that only hit and do not hug. He has great balance for running. It is capable of making precise and timely cuts to find the gap and guarantee a good gain. He protects the ball very well. Anyone who has good hands and can run good trajectories makes him a three-down player.

Dislikes: His height makes the level of his shoulder pads higher than ideal. He lacks extra speed once he’s out in the open, so he’s rarely going to have a big play. You can improve your pass protection as, despite complying when you find the shot, you sometimes struggle to spot your man.

His X Factor heading into the Draft: This is the type of player who will be among the top picks in his position (1 or 2) thanks to his great production at the collegiate level. The fact that he comes from such a prominent program as Alabama helps him become widely known. The problem lies in how teams today value RB’s position, one in which there is increasing resistance to investing premium resources. This can lead to being a talent worth taking in the first round, and probably slipping into the second.