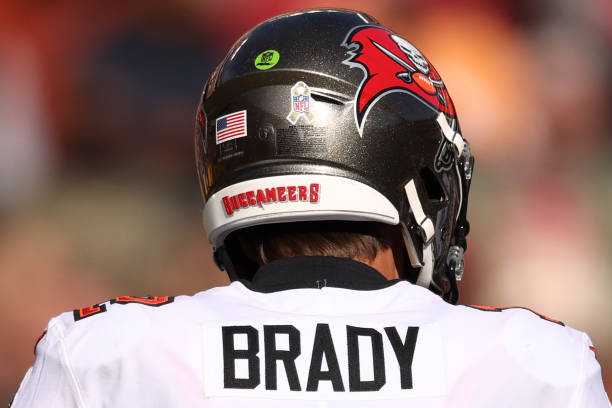 A series about the 10 Super Bowls that Tom Brady has played in the NFL comes to Star +, and we tell you the reasons to watch this documentary series.

When we talk about Tom Brady, without a doubt, we are referring to possibly the best athlete in the history of the sport, he is debatable, or at least he is in the top 3. But it is not only his greatness in the NFL but everything he has won to be the GOAT of GOAT’s.

We’ll make it easy on the table, Tom Brady has more Super Bowl rings than any NFL franchise. In total, he has 7 championship wins, but he also has three losses in these encounters. 10 Super Bowls are what Brady has played, more than any team except the Patriots.

Without a doubt, talking about Tom Brady are big words, so if anyone deserves a series of his achievements, that is the best QB of all time and they delivered. ‘Man in the Arena’ is a new documentary series consisting of 10 chapters about Tom Brady.

And if you do, you guessed it; Every chapter of ‘Man in the Arena’ will be about every Super Bowl that Tom Brady has played with the Patriots and the last one with the Buccaneers. But, it would be very boring if the details of the match are reviewed, those are known to any fan of the QB.

This series, which taking advantage of is available by Star +, does not tell us how Tom Brady felt the victories or defeats in the Super Bowls that he has played, but the whole personal and joint process to get to the match of matches -lease with the voice of the Bermúdez Dog-.

What can we expect from Man in the Arena: Tom Brady?

First of all, we have to tell you that not all the chapters of Man in the Arena are available, starting on Tuesday, November 16, a new chapter will be released every Tuesday until 10 deliveries are completed. So they will have to be on the lookout so as not to miss any.

Tom Brady will be a central part of Man in the Arena, thanks to him, this series was made, but we will not only hear the words of Tom Brady commenting on all the aspects that we already mentioned. It will have the participation of colleagues inside and outside the grid.

“Man in the Arena is more than just a series of career highlights collected together. This series shows what an incredible journey this past 22 years has been for me and the incredible people who have impacted me on this incredible journey. It’s an inside look at how this journey has helped me become the man I am today, “Brady said in a statement taken from ESPN.