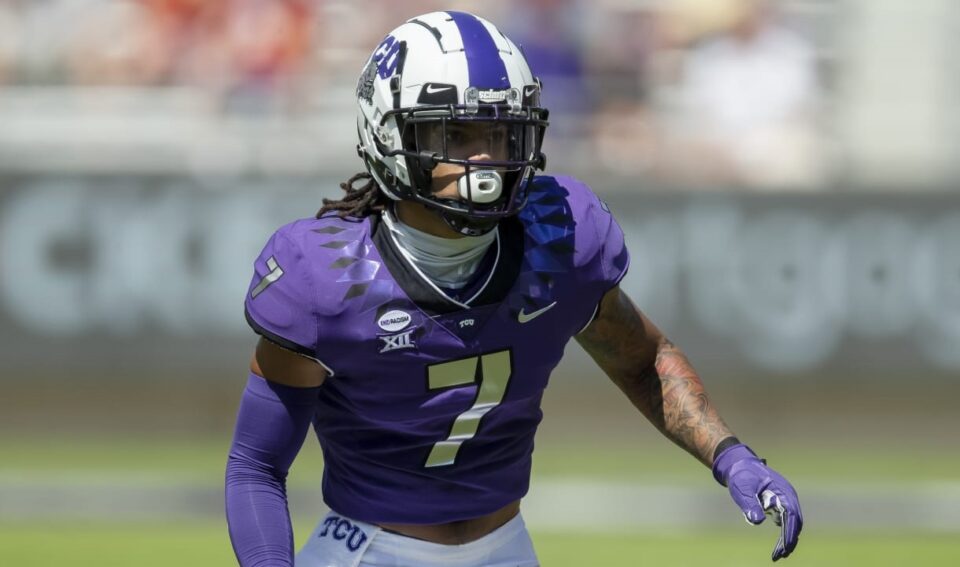 For me, S Trevon Moehrig is the best safety prospect of the 2021 NFL Draft and probably the only one who has a chance of being selected in the first round of the position (despite the deep and talented class). Able to play as a free safety and strong safety, perfectly handling plays on the scrimmage line and with the ability to cover deep passes.

Moehring played with TCU for three seasons. As a freshman, he finished with 15 tackles, 1 INT, and 1 pass defended. Those first impressions earned him a start on defense, as in his sophomore year, he recorded his most productive season in college football, recording 62 tackles, 2 forced fumbles, 1 fumble recovered, 4 INT, and 11 passes defended. That year he was elected to the All-Big 12 (conference) first team.

Already in 2020, his last year with the Horned Frogs, he maintained that solidity as a defender by accumulating 47 tackles, 2 INTs, and 9 passes defended. This earned him part of the best All-Big 12 team for the second consecutive season and to be awarded the Jim Thorpe Award as the best defensive back in the nation.

He is a natural playmaker, one of those defenders who has the ball tattooed on his mind like a born ball hawk. He is also a fairly intelligent defender because he knows how to recognize plays on the line of scrimmage (and reaches them). He has great leadership, and his  Football IQ (or game intelligence) is very high. While he does best as a strong safety, he also performs well as a free safety as he knows how to control coverage on long passes.

His reaction capacity is very fast, and his tackling ability is his best quality as a defender. He reads plays, covers in a good way in tight plays (with the receiver stuck), is better in zone coverage in this area, and knows how to recover in case of being defeated in the first instance by the wide receiver. He has that tackling or hit of special power, coupled with the fact that he always seeks to reach each play to generate impact.

Some of his covering techniques are not the best, as they could end in penalties for illegal contact, holding, or passing interference. It is not the most effective in man-to-man coverage as it gives the receiver enough space to carry out the reception. Finally, when he is covering an offense in the open field, he could get confused by his movements and eventually let him advance.