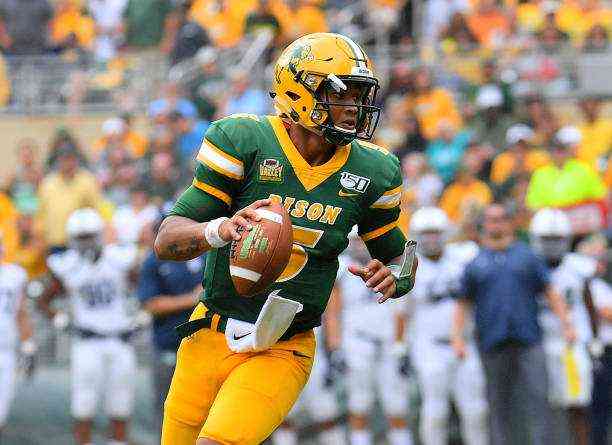 Trey Lance is one of the best prospective quarterbacks for the 2021 NFL Draft and one of the most intriguing at the position in recent years. Because he was not very active in his college football career and, although he showed great things, there is still much information to be learned, he becomes an attractive unknown. Especially since its value is of first round selection and among the first 10-15 picks.

He began his career with North Dakota State in 2018, a season in which he practically did not play, registering 12 yards on a pass coupled with 82 yards and 2 TDs on the ground. Also, 2019 was a powerful campaign and in which he shone as a redshirt freshman (by not finishing his first year in college football). In this he finished with 2,786 yards, 28 TD, 0 INT; 1 100 yards, and 14 rushing TDs.

That great season earned him the Walter Payton Award (Most Valuable Player of Division I), the Jerry Rice Award (award for the best rookie in the division), and be part of the All-MVFC first team (best team in The conference). Ultimately, he was the nation’s champion within his division in 2018 and 2019. In the past year, he set the record in college football history for the most passes thrown without an interception (287).

In 2020 he could only play one game due to the North Dakota State season being canceled by COVID-19. In that meeting, he finished with 149 yards, 2 TDs, 1 INT (the only one in his collegiate career), 143 yards, and 2 TDs on the ground.

What are its qualities? 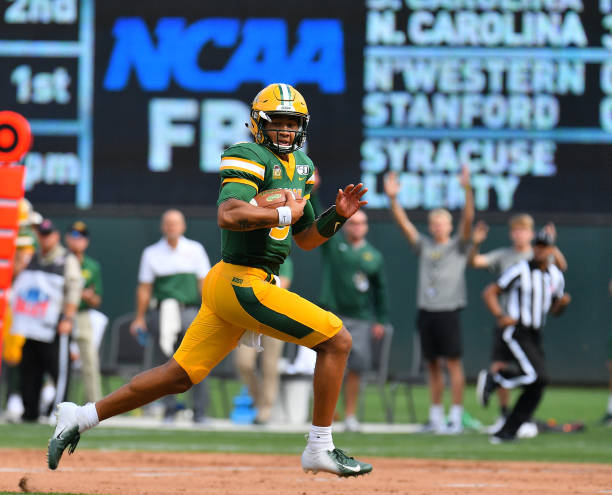 A double threat quarterback, capable of generating yards through the air and on the ground. In the running game, he is brutal in option plays in which he can decide whether to give it to the RB or keep it to advance him. He is a player who is not easy to tackle, especially because he knows how to attack the defender without necessarily going to the ground, thanks to his strength. It has big changes of direction, game awareness, and balance in the protection bag.

His excellent vision allows him to identify more than one receiver and gives him an extra weapon to spread the plays. He is good at reading defenses in passes (understanding which spaces will be left free for his receivers) and on the ground (taking advantage of and knowing which spaces he can exploit). He has great precision, and his enormous technique to place the ball gives him an advantage over his teammate.

His rotation, patience, anticipation, and touch make him a complete quarterback. He’s good at throwing deep passes, thanks to his precision and enough arm strength. He knows how to throw on the move, he has great timing knowing when to pass, he has the ability to move defenses with his eyes, and his size is ideal for the NFL.

What are your areas of opportunity? 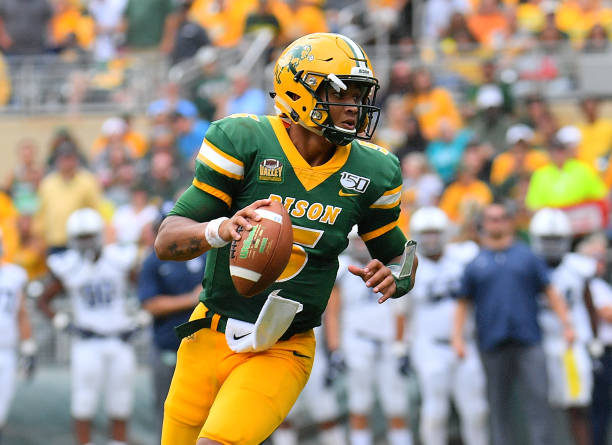 There is little information about Lance as he only played 17 games as a starter in his career with North Dakota State. Also, questions remain as to how he can move his level of play to the NFL after serving in a lower division in college football. On the other hand, sometimes he overdoes his plays on the ground, and in some readings, he misunderstands the space that a defender will leave against which his receiver will have free.