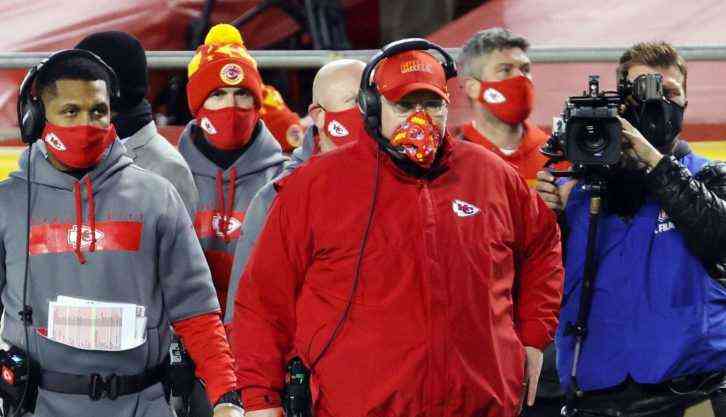 The goal of any team at the beginning of the year is to win the Vince Lombardi and take him home. This time it will be the Buccaneers and the Chiefs who are nowhere near achieving it, and to achieve it, they must have a game that borders on perfection if they intend to be NFL champions. However, there are actions, decisions, players, or entire units that can reach be fatal at the most critical time of the season. So here we tell you who will be the villain of Super Bowl LV.

Who will be the villain of Super Bowl LV?

Part of our staff gives you predictions about the possible antagonist on February 7 at Raymond James Stadium when Kansas City and Tampa Bay play for the NFL championship.

Let’s remember that the Chiefs were the fourth team that punished the most this season. The offense committed 22 false starts and 14 holdings (fourth and sixth worst teams in those areas); the defense, for its part, was not far behind and made 13 holdings and 14 pass interferences (they were the third and fifth maximum amount in the NFL), and remembering that they will face Tom Brady next Sunday, it should be noted that they committed five rudeness unnecessary to the quarterback.

Therefore, in Jorge Tinajero’s opinion: “If I have to think about the villain of Super Bowl LV, I would have to make these kinds of errors that either ruin advances or give life to the rival to continue attacking. The Chiefs must come out very concentrated to avoid that these punishments that have demonstrated to be susceptible to commit them, affect the least possible”.

Another point to highlight in Super Bowl LV’s face, now on the Buccaneers’ side, is that the running attack of Bruce Arians’ men is good, but not lethal; Ronald Jones II and Leonard Fournette tend to disappear when needed. This year they dropped below 100 yards ten times (including the postseason), and in a game like this, it will be crucial that they can establish sustained offenses.

Considering the above and in the words of Miguel Ángel Esses: “If something similar to what they experienced in the second game of the regular season with the Saints happens to them, where they stayed in eight yards because they went into desperate mode very soon, then they will go into a type of party that suits us for nothing. It wouldn’t surprise me if the running offense’s demise ended up being the breaking point for the Buccaneers.”

When you face Patrick Mahomes and Tyreek Hill, you definitely need all the defensive support you can get and, sadly, for the Buccaneers. They don’t have it. The presence of their two best safeties in the Super Bowl (Antoine Winfield Jr. and Jordan Whitehead) is hanging by a thread, as both are injured, and it will not be until next Sunday when it is known if they will be able to play or not.

In my own opinion, I think the inflection point for the Buccaneers will be their secondary because in Week 12, they allowed Patrick Mahomes to throw 269 yards and three touchdowns to Tyreek Hill, and that was with all the starters on the field, now, without their two best safeties, this team should be concerned, as their secondary may become the antagonist of Super Bowl LV.

These are the opinions we had about who will be Super Bowl LV’s villain, but who do you think the antagonist will be on February 7?