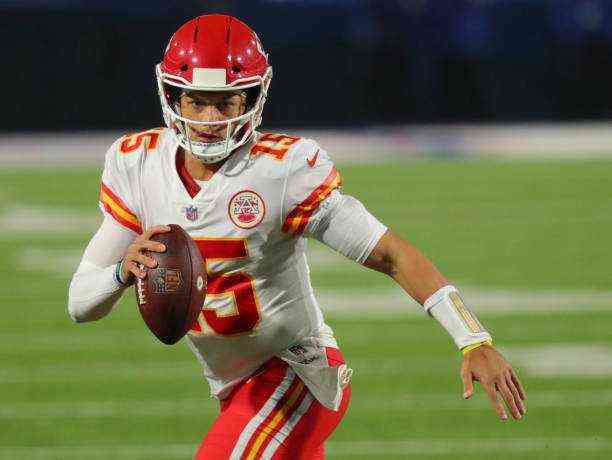 A new problem looms for the Chiefs, as the salary cap is an issue that is on the minds of Kansas City managers and Patrick Mahomes. They are above the allowed limit, which is 182.5 million dollars, and strong decisions have already been made to reduce the issue of wages.

The Chiefs still have Super Bowl nightmares that they lost to the Buccaneers and much of that loss went to no offensive work by Patrick Mahomes, but not everything is the fault of the QB, the improvised offensive line had a lot to do, and his body of receivers They didn’t help him much either, they didn’t even take a taxi, they would have said in my neighborhood.

Eric Fisher and Mitchell Schwartz starting offensive linemen of the Chiefs will no longer be with the team, their injuries caused them to miss the Super Bowl, and it was in large part of the decision to thank them for the next season and another very important one, it is that with his departure 18.3 million dollars are released in the salary budget.

They are still over the limit of 4 million, the boys are spent and will have to make decisions to continue cutting players to meet the salary cap, so we will have a strong clean on the Chiefs, which can be detrimental for them in the future.

THE KEYS TO DEFEAT IN THE SUPER BOWL

The Super Bowl’s loss was overwhelming for the Chiefs, but it showed the quality that Patrick Mahomes has in his arm, as he took it upon himself to escape the defensive line and throw implausible passes, which we have only seen him.

Mahomes faced shortly after to be able to make decisions and that the receivers had the necessary time to follow their trajectories or look for new holes, because the offensive line that he presented that day was basically one patch after another that they had to place.

Injuries were the main problem he faced so that those in charge of protecting and giving him time were simply overwhelmed. He constantly had to work under pressure and with several men chasing his head, which is not easy.

WHAT’S NEXT FOR THE CHIEFS AND MAHOMES?

As we already said, almost 4 million dollars are still above. The personnel cut will have to be rough because the draft is still missing and rearranging a competitive squad for the following season, something that will be difficult given the current conditions.

Fisher and Schwartz could have helped the score in the Super Bowl to be different, but they are only theories, the point is that without them, Mahomes suffered a lot, and for the following season, he will be with the same offensive line as in the Super Bowl, no the same names, these can change, but we mean inexperience.

What didn’t work out in the Super Bowl isn’t going to start out well for the Chiefs, but they’re making the risky decision, and it’s a big gamble for their aspirations. Several heads will roll and see how they put together this team, which already seems like a game operating with fundamental pieces that it already lacks.