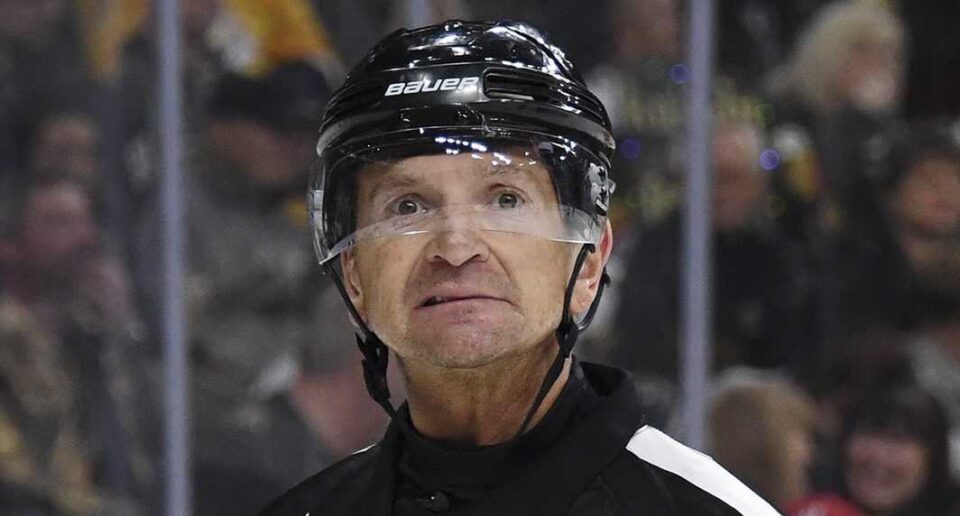 Sports broadcasts are a fundamental part of sporting events, but it can also be a double-edged sword for those in charge of commenting, since many times, the microphones stay open and say expletives that can cost them even work, as is the case of Tim Peel.

Tim Peel is a referee for the NHL, the famous hockey league in the United States, and during the broadcast of the game between the Nashville Predators and Detroit Red Wings. The now former referee did not realize that his words were being heard on the broadcast and made some comments against the Predators.

“It wasn’t much, but I wanted to get a p # $% penalty against Nashville at the beginning of…” were the words that were heard from Peel before the microphone went off, the referee was on the broadcast along with him too.

After the incident, the NHL decided to thank the referee and not be in a league game again, as announced in a statement by league vice president of operations Colin Campbell.

“Tim Peel’s conduct is in direct contradiction to the fulfillment of that fundamental principle that we demand of our officials and that of our fans, player coaches, and all those associated with our game that they expect and deserve,” said Colin Campbell.

The 54-year-old official was already close to retirement, April 24 would be his last game before ending his career, but that game will not come because the relationship between the NHL and his professional services will no longer be seen in the league.

Peel spent 21 years as an NHL referee, and in 2019, he sought to impart his knowledge and experience to new generations of officials by creating the Tim Peel Referee Camp program, aimed at referees from 14 to 51 years old.

What did the Nashville Predators say?

Predators coach John Hynes mentioned after the Red Wings game that it didn’t matter how he felt after Tim Peel’s words on the broadcast. “Umpires are employees of the league, and instead of me commenting on it, it’s an issue that I think the league will have to address,” Hynes said.

AUTHORITIES DETERMINE THAT MARADONA’S DOCTOR FORGED THE SIGNATURE OF ’10’