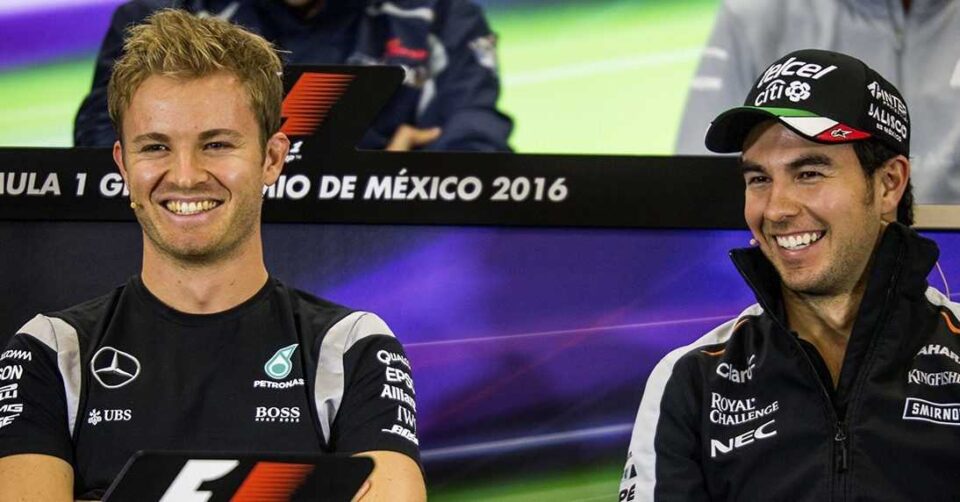 If Nico Rosberg says it, it is because he knows what he is talking about. For the former Formula 1 champion, Checo Pérez is one of the drivers to follow.

The Formula 1 season is just about to start (cry of excitement), and it will be a special season, as it will be Checo Pérez’s debut with his new team. Red Bull already has the Mexican as a driver, and we can’t wait for the engines to start.

Everything will start in Bahrain, a very special place for Mexico and even more significant for Checo Pérez, since it was the country where he achieved his first victory in Formula 1, and now with a team behind him, he will have more opportunities to get the podium.

Nico Rosberg, former Formula 1 champion and an authorized voice to comment on next season. In an interview for Gazzetta Dello Sport in which he spoke a little about the aspirations of Checo Pérez in this new start.

“We are starting a new season where there are 4 potential winners of the world championship for me”,  the pilots referred to by Rosberg are: Lewis Hamilton, Max Vestappen, Valtteri Bottas, and our Checo Pérez.

Nico Rosberg sees Sergio Pérez as a serious contender for the championship (we think the same as Nico), and he would also like the Red Bull team to start at the helm: “If Red Bull really starts ahead, it would be fantastic. Because it would be exciting to see how Mercedes will react”.

The Formula 1 surprise for Nico Rosberg

Nico Rosberg has everything he needs to analyze Formula 1 and, in fact, that will be his new job because this season he will start doing broadcasts, and during the interview with the Italian newspaper, they asked him about the surprise for this season.

His answer was the one that all the Mexican people want to hear, since he put Checo Pérez as the pilot who will surprise everyone in the new campaign of the “Great Circus,” although he also considers Daniel Ricciardo to give the great bell.

“Pérez, as much as Pérez can be considered a surprise. I think it will be interesting to see what Ricciardo will do with this McLaren in progress. And then the AlphaTauri that traveled so fast in the tests.”