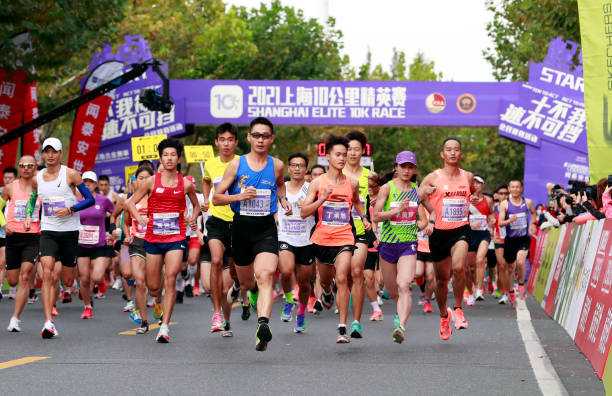 In China, the zero policy regarding COVID infections forced the cancellation of the Shanghai marathon. Is this serious for the world?

Not now, please! In China, the plans for the Shanghai marathon fell apart due to a new wave of infections in the Asian country, a product of the delta variant, for which the competition that was to be held on November 28 was canceled.

However, this does not mean that the world will get out of control again, as in 2020 (or so we hope), since the wave of infections in Shanghai, as well as in the rest of China, is not alarming, but the measures have been hardened due to the fact that a thousand cases of infections of the delta variant have been reached among 19 localities.

The sporting priority is the Winter Olympics

In the last 24 hours, prior to the announcement of the cancellation of the competition, 54 new cases were announced in China, of which nine correspond to Shanghai.

However, the priority in sports matters is the Winter Olympic Games, which will be held in the city of Beijing, from February 4 to 20, 2022, for which reason follows a zero-tolerance policy regarding contagions.

In this way, the Beijing marathon was canceled in China, and in Shanghai, a tennis tournament with 500 participants. In the country, localized confinements are carried out, which can include a town or locality, up to an entire city.

For this reason, the Shanghai City Marathon could announce a new date, possibly for next year. “We have chosen to be cautious, for the health and safety of runners and citizens,” it was explained, according to TyCSports.

“This decision was made under the assumption that we have a responsibility to the runners and the City”, he added. For this edition of the Shanghai marathon, about nine thousand runners were expected, and as the original date was affected, the date of the half marathon was also crossed, which if held in March 2022, will go to November.