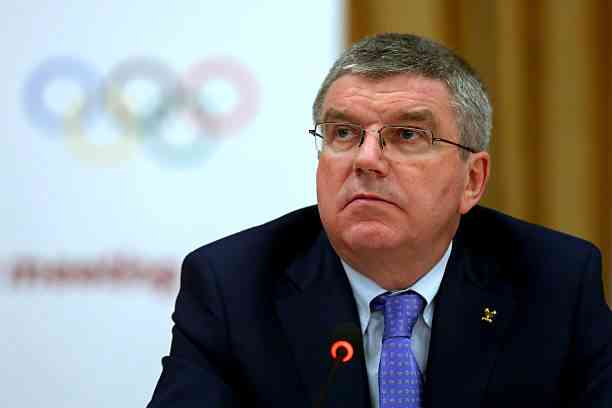 Thomas Bach, president of the IOC, had a visit to Tokyo scheduled, but the flight is in doubt due to the prolonged health emergency.

Thomas Bach intended to travel to Japan to meet with the Organizing Committee of the Tokyo 2020 Olympic Games, Seiko Hashimoto, but this cannot happen because the Asian country has extended the health emergency.

Until May 31 was the date that the government in Japan decided that the health emergency would be extended, so the visit of the IOC president, Thomas Bach, will have to be for later, with everything and there is little time left for open the Olympic Games.

“Frankly, I think how personal it would be quite difficult for him to come now,” said President Seiko Hashimoto about Thomas Bach’s visit to Japanese territory, although she also did not deny that the meeting could take place, because in her words, “There is nothing resolved. “

The plan dictated that Thomas Bach expected to go to Hiroshima to attend the passing of the torch on May 17 and 18, but this was only a plan, as there was nothing defined. So, it is still possible that he travels to Japan, and he would not be the only IOC member in that country.

The health emergency does not stop everyone, because Sebastian Coe, a member of the IOC is currently in Tokyo to attend an athletics event next Sunday, May 9, in one of the new venues that was built with a budget of 1.4 billion of dollars.

Sebastian Coe is the president of the International Athletics Federation. He was also the head of the Organizing Committee for the London 2012 Olympic Games, so he has experience in replacing the current leader.

Thomas Bach ends his presidency in 2025, there is still a little time left until he leaves office, but the prospects are already appearing, and Sebastian Coe is emerging as one of the main in the race for the leadership of the IOC.

During his visit to Japan, he praised the competitions held in recent weeks, such as the Sapporo half marathon, because despite the fact that he did not have a pandemic when he was in the organization affected the Olympic Games.

“I know they are under a lot of pressure. Fortunately, in London, we did not have the added difficulty of having to worry about protocols around a pandemic. So we sympathize with you for that additional complexity,” Coe told the Chair of the Organizing Committee.