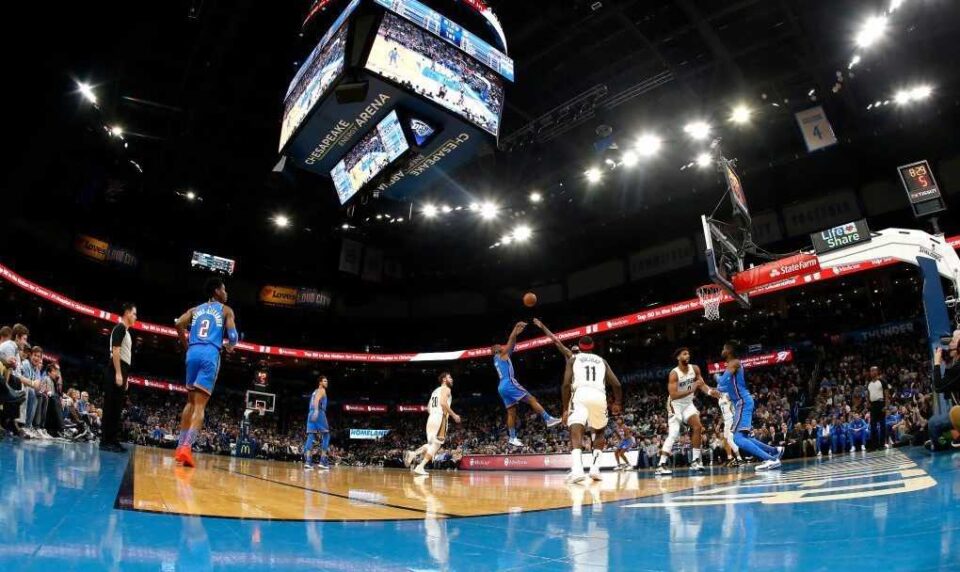 It’s better to err on the side of caution: The Oklahoma City board decided to play behind closed doors until the end of the 2020-21 NBA season.

The Thunder started the NBA campaign without their fans due to the increase in cases. Although the managers intended to open the doors of the house if the situation improved, they decided not to risk anyone.

The measure will be extended for the remainder of the 2020-21 season, as there is still a lot of uncertainty in the United States, although states like Texas will no longer consider the use of face masks mandatory.

According to information from ESPN, Oklahoma City communicated the decision to keep the games behind closed doors via email. This was sent to fans who had already purchased tickets.

“Our long-term personal relationships with our fans are something we deeply value. As we look to the future with you, it is critical to ensure that when you return, it is in a safer environment than the one we are in right now, “explained the Thunder.

Likewise, it was mentioned that the decision was made based on many factors. One of them was to preserve the health of the fans and the community in general, which is still at risk.

These teams plan to host fans

When changing the format of the NBA and leaving the bubble in Orlando, several teams decided to open their stands. Among them are the Orlando Magic and Miami Heat.

League protocols state that social distancing must be maintained at all times. Therefore, the percentage of attendance is between 10 and 15 percent.

The Spurs fans will be able to return to the AT&T Center starting March 12, with no more than 3,200 people in the stands. Thus, 15 of the 30 teams will have fans.

Hawks, Nets, Cavaliers, Mavericks, Rockets, Pacers, Grizzlies, Heat, Bucks, Pelicans, Knicks, Magic, Suns, and Jazz franchises that have already made or carried out the reopening of arenas. For their part, the Boston Celtics adjust details to do the same as of Monday, March 22.

To achieve this, fans must wear face masks at all times, except when eating or drinking; the tickets are virtual, the temperature of each person is taken, and devices that help to filter the air were installed.

In addition, some franchises implemented the support of trained dogs, which are capable of detecting an odor generated by people infected with the coronavirus.