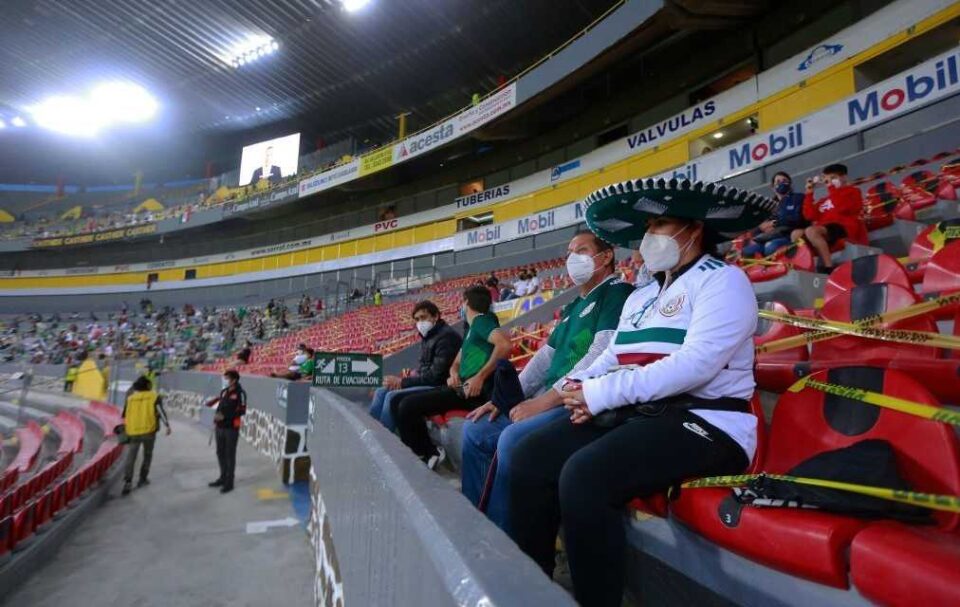 Mexico has the possibility of advancing to the Concacaf Pre-Olympic Final, but before FIFA opened an investigation because in the Jalisco Stadium stands, the famous homophobic cry to the goalkeeper has been heard again.

Regardless of what is considered normal in the country, the governing body maintains its arguments. In addition, if this happens again in the semifinal against Canada and Mexico advances, the Final of the tournament would be played without fans in the stands.

Yon De Luisa, president of the Mexican Soccer Federation, has already clarified the situation a bit. The manager explained that the penalty would be off-court for now, but if the shout of “put” persists, FIFA would make tough decisions.

“If we have the opportunity to play a semifinal and win it, it would be very sad not to be able to play the Final with our people. Later it may be, if we cannot stop it in the next competitions, we do run the risk of not participating in international competitions, “De Luisa said in an interview with TVC Deportes.

What does FIFA say?

From the early hours of this Friday, different versions of the Pre-Olympic Final and the punishment for the homophobic scream circulated. And yes, the strongest possibility remains to veto Akron Stadium.

“FIFA can confirm that it has opened a disciplinary procedure against the Mexican Soccer Federation as a result of discriminatory incidents during the match between Mexico and the Dominican Republic played on March 18, 2021,” a source confirmed to ESPN.

This means that what happened against Costa Rica and the United States is not yet contemplated. In both duels, the shout was appreciated from the stands, and if FIFA includes them, the sanction would be much closer.

As we all know, it is not the first time that the governing body has asked that this cry disappear. In 2019, the Mexican National Team chose to present commercials that encouraged the fans to leave it, but it has not been of much use for now.Pre-Olympics Final Would Be Played Behind CLosed Doors After Warninig By Homophobic Shout