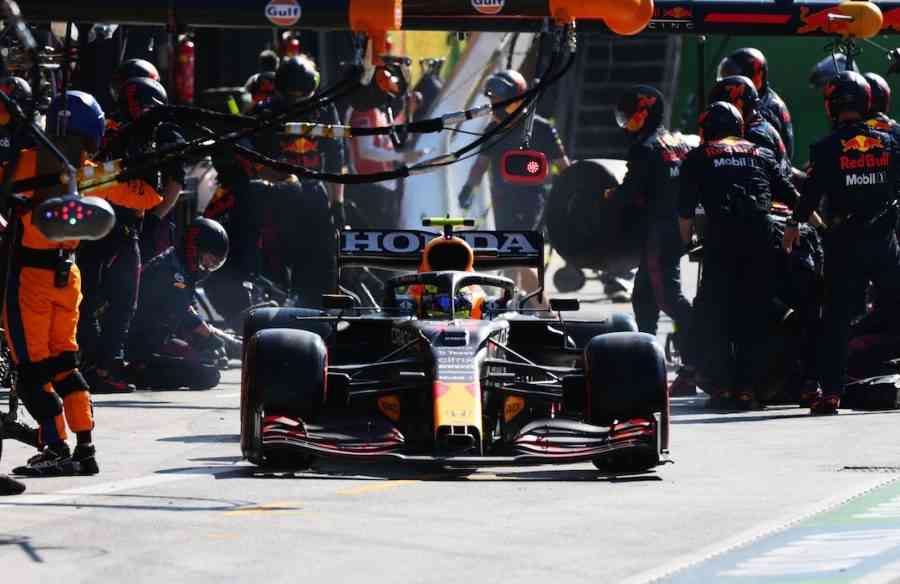 Checo Perez was awarded as a driver of the day thanks to Red Bull’s strategy, and Max Verstappen won at home; problems at Mercedes.

Max Verstappen had a perfect race and celebrated his seventh win of the Formula 1 season at home, so he regained the lead in the drivers’ standings, so the season is still red hot, while Checo Pérez made a race, Well, he started from the pits and got into the points zone in an extremely complex circuit to make passes.

With this, the Mexican ended his three-run losing streak without entering the points zone and incidentally slapped his critics with a white glove, as he also surpassed Lando Norris, with whom he has had an intense battle for the fourth. Market Stall.

Lewis Hamilton and Valtteri Bottas guarded Verstappen on the podium, so now the Dutchman will need the best version of Checo to fight in the constructors.

How does Checo rank in the rankings?

Despite being an extremely complex circuit, the start was quite clean. Max Verstappen closed the door to Lewis Hamilton in the first corner and achieved a very good advantage to avoid an incident like Silverstone, where the Briton sent him to the retaining wall.

From that moment on, the Red Bull midfielder conditioned the race at home, thus derailing Mercedes strategy, although he added valuable points to stay at the top of the constructors’ standings.

Many of us discarded Checo to enter the points zone, but Red Bull made a super strategy with the Mexican, who had to start from box 16. The team took the opportunity to make a change in the power unit, so he started from the pit alley in last place.

The Mexican made an aggressive start and wasted his tires, making an early pit stop and a second halfway through the race. C on the strategy of double stop and engine change, the Mexican had a very powerful car with which he passed the middle of the grid, and in the last laps, he overtook Lando Norris (despite the fact that he threw the car on him) and Esteban Ocon to finish eighth against all odds. Checo is back and was awarded the driver of the day for the third time this season.

In the final laps of the race, Mercedes called Bottas to the pits for a tire change. The Finn thought this was part of the strategy to seek the fastest lap and extra point. However, he was ordered not to go for the record to leave the point to Hamilton. “Then why did we stop?” He asked, extremely annoyed, and they answered that the stop was because they had noticed some vibrations.

Bottas skipped Mercedes’ order, and on lap 71, he set a record, so he snatched the point from Hamilton for a moment. However, the Briton also pitted and set the record, so he recovered the extra point. Complex weeks are coming within the German team.

Bottas has a foot and a half out of Mercedes for the following season after failing to comply with the team’s order.

Watch out for Ferrari

Mercedes was the race winner in the constructors’ competition, but Ferrari has gained consistency and added 16 units overall. Charles Leclerc added 10 points to finish fifth, while Carlos Sainz finished seventh with six points.