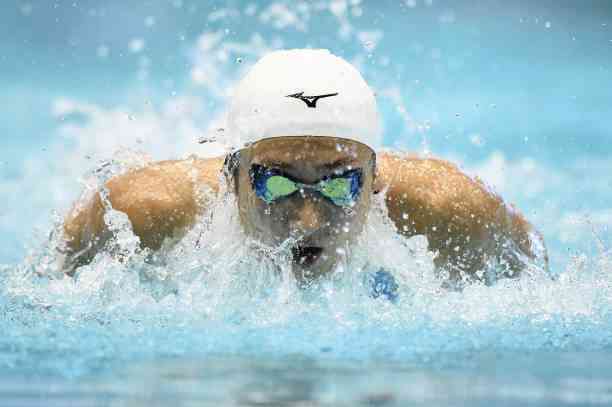 An example of life! Rikako Ikee won the battle against cancer, and against all odds, she will compete in the 2020 Tokyo Olympics.

The Olympics always have wonderful stories, and this is one of them. Rikako Ikee is a swimmer who just got her place in Tokyo 2020, but her last years have been a roller coaster ride.

The Japanese woman won the battle against cancer more than a year ago. In 2020 she overcame leukemia, and now, at 20 years of age, she secured one of the places in the 4 × 100 styles relay.

“I was less confident than 4 years ago, I thought I could only win in the distant future. But the truth is I trained to win, I told myself that I came back when the race was about to start, “she said at the end of the competition that handed over the Olympic places.

Who is Rikako Ikee?

She was born in the Edogawa district of Tokyo on April 4, 2000. She started swimming since she was 3 years old, and by five she was already participating in 50-meter competitions in all styles.

As a teenager, she quickly excelled as a medalist in the 50 and 100 meter freestyle, as well as the 50 meter butterfly. In addition, she set junior records on short tours.

Thanks to her talent and good results, she also qualified for the Rio 2016 Olympic Games. Already in the fair, she competed in 7 events (4 individual and 3 relay), although her best position was fifth place in the 100-meter butterfly.

However, Rikako Ikee’s life changed radically in 2018. The problems started when she lost her breath in some training sessions, and the corresponding tests revealed that she had leukemia.

“At my lowest point, I wanted to die. I thought I’d be better off dead if I had to go through that pain, but I regret having thought about it. I learned a lot, this will always be something that changed my life, “he said in an emotional speech a year before Tokyo 2020 began.

The return to the pools

It took 406 days for Rikako Ikee to return to the pool. After difficult months, full of treatment and medicines, the doctors gave the green light for the swimmer to train little by little.

This happened in March 2020, and in August, their first competition arrived. At that time, the Japanese athlete’s goals were fixed in the Olympic Games in Paris 2024, but life had a surprise in store.

The delay in Tokyo 2020 due to the COVID-19 pandemic, allowed Ikee to prepare for the fair in her country, and now she will be one of the main candidates to join the medal table in Japan.