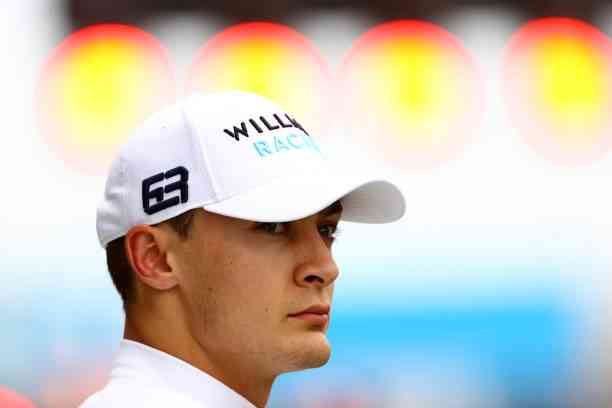 Russell to Mercedes and Bottas to Alfa Romeo … Who else is leaving and who is coming back? We tell you what the Formula 1 grid will look like in 2022.

Changes here, changes there! This year he still has several races ahead in Formula 1, but the teams have already started the preparation for 2022 with new contracts, renewals, and dismissals. Without a doubt, Mercedes has been the protagonist in the last hours.

First, the departure of Valtteri Bottas, who will be an Alfa Romeo driver, was announced. The Dutch GP showed some differences of opinion between the Finn and the team. But now, that second seat already has a first and last name: George Russell.

And that’s not all. Kimi Raikkonen announced his retirement at the end of this season, so Formula 1 will suffer more movements in 2022. There is already talk of the return of Alex Albon to the grid – with Williams – and of the possible changes in Haas.

Lewis Hamilton and George Russell: As usual, the team led by Toto Wolff will be favorites for the championship. The fight with Red Bull was tightened in 2021 with the arrival of Checo Pérez and the perfect performances of Max Verstappen.

However, Hamilton’s might will be bolstered by his new partner. Russell has improved in recent weeks with Williams and was P2 at the Belgian Grand Prix, which ultimately earned him his first F1 podium.

Max Verstappen and Checo Perez: The renewal of the Mexican driver ensures that this pair will stay together for at least another year. E l Dutch emerges as favorite for the title, but the opposite has as main rival Hamilton and Pérez needs to neutralize this and next season.

Lando Norris and Daniel Ricciardo: Barring a completely unexpected twist, McLaren will also keep its drivers for the 2022 Formula 1 season. Both squires signed an extension and joined the team this year, so at least another season of this duo is expected.

Sebastian Vettel and Lance Stroll? : The former Ferrari looks firm in this team, and his contract ends until the last months of 2023. For its part, Stroll has not signed a renewal, but rumors suggest that it is close to being finalized and announced.

Charles Leclerc and Carlos Sainz: While Leclerc’s contract will remain in force until 2024, the Spanish one expires in 2022, and he has one more year of security in Formula 1. Little by little, this duo has found a strong place on the grid and in every race, so they glimpse new triumphs.

Esteban Ocon and Fernando Alonso: This team does not have any more modifications budgeted either. Alonso returned to Formula 1 with a contract until 2022. Meanwhile, the Frenchman signed until 2024.

Pierre Gasly and Yuki Tsunoda: The future was uncertain for both the French and the Japanese. But once the Mercedes novel with Bottas and Russell ended, it was confirmed that they will both remain in their current team.

Valtteri Bottas… and who else? The most sensitive loss for the team will be the dismissal of Kimi Raikkonen, who will retire permanently from Formula 1 before starting 2022. The Finn has already been signed, and there is talk that Schumacher or Calum Ilott would replace Giovinazzi.

The doubts with Nikita Mazepin and Mick Schumacher: This is another couple that has shown some friction in recent weeks. The results are not given for one or the other, so the meetings on the track take on tense tones and even affect both, with penalties for blocking other drivers.

For now, without confirmed names … Alex Albon arrives? Russell’s firing is the first clear news from Williams. Albon’s return to the grill is rumored, as is the arrival of Nick De Vries. Nicholas Latifi’s future remains up in the air, although he seeks to stay at all costs.