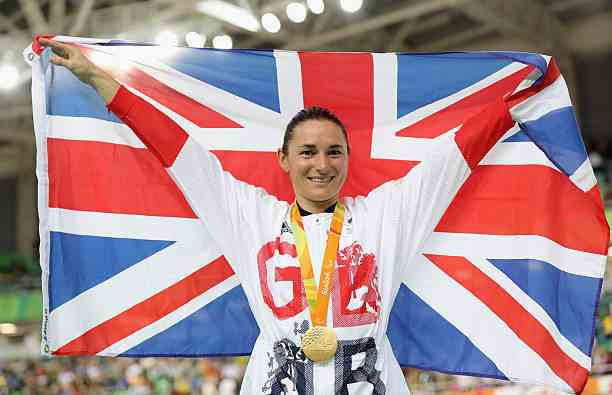 Spectacular! Sarah Storey reached 26 medals in the Paralympic Games: 16 of them are for swimming and the rest for cycling.

No one likes her! Britain’s Sarah Storey arrived at the Tokyo 2020 Paralympic Games with the aim of taking gold in the C5 pursuit of track cycling … And she did. That medal is number 26 in her Paralympic record, and the funny thing is that not all of them came in the same discipline.

The cyclist’s career began in the pools, specifically in swimming. In fact, she competed in 4 editions of Paralympics in different tests and got 16 medals. Known as a versatile and successful athlete, she has a history worth recognizing. In addition to succeeding, she left behind issues such as bullying and is the greatest example for her children.

The British star of the para-swimming

Sarah Storey was born without her left hand, as when she was in her mother’s womb, the umbilical cord became entangled in that arm. She grew up almost like any other girl, but she had to face bullying and bad comments from other people: “I told my parents, and we tried to be pragmatic. You can’t control someone else’s behavior. “

Although she always exercised and began swimming at a young age, when Bailey (her maiden name) was 15 years old, she developed an eating disorder that kept her extremely thin. The weight loss became more apparent during pool competitions; it was the result of not eating at school.

“Probably the only thing I could control was my food intake; I couldn’t handle the behavior of the other kids,” she told Sky News. Recovery began through a doctor contracted by the athlete’s mother. The result was to reach the Paralympic Games in Barcelona 1992 and 6 medals to the bag.

With 16 Paralympic medals in hand – or around the neck – Sarah Storey was forced to make a big change in her life. An ear infection led her to quit swimming and cycling appeared on the map. The best part about the fresh start is that it turned out to be just as successful.

Hearing problems could have left her deaf, timely medical attention allowed her to continue with a certain normality. Once married to Barney Storey, she became pregnant with their first daughter, Louisa, and drifted off the slopes for a while. She came back and later took another break with little Charlie.

“Being able to return after two pregnancies must be my greatest achievement. I never expected to go back, and it certainly wasn’t pressured. She had achieved everything she had wanted.”

Beijing 2008 represented Sarah Storey’s first Paralympic Games as a cyclist. It started on the road and combined with the track. The result? An even more extensive and applaud-worthy track record. At 43 years old, retirement seems like a very distant idea … so seeing the British in Paris 2024 is a great possibility.

Gold: time trial on the road and individual pursuit on the track.

Gold: On the road and against the clock. On the track, individual pursuit.