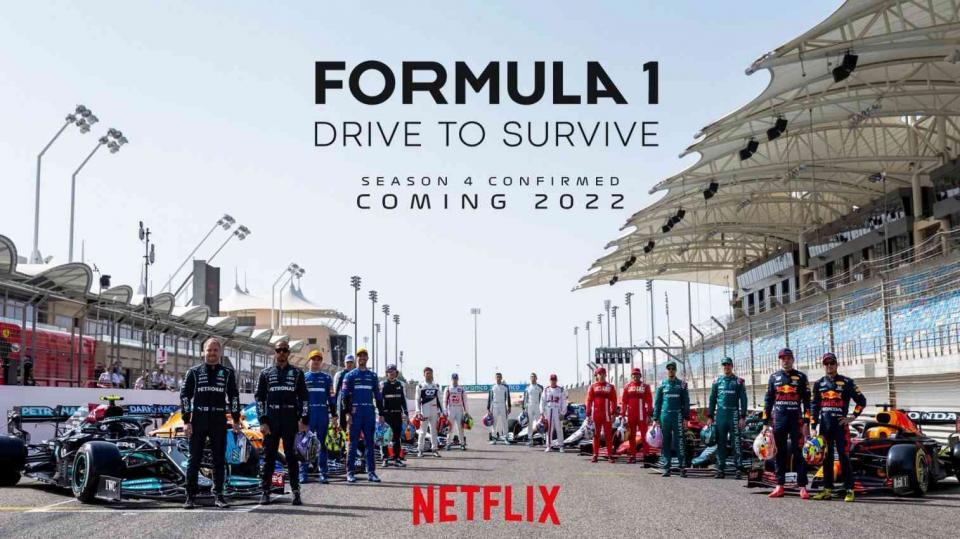 Because the grip between Max Verstappen and Lewis Hamilton has been memorable in Formula 1, Drive to Survive will have a fourth season on Netflix.

Formula 1 has gained audiences everywhere, even on the small screen thanks to the Netflix-produced series Drive to Survive, which at the beginning of 2021 left us memorable scenes and stories such as the Romain Grosjean accident or Chris Horner’s call Checo Pérez to welcome Red Bull after being left out of Racing Point.

Well, the story will continue, since Formula 1 confirmed, through its social networks, that there will be a fourth season. It was to be expected, since 2021 has already left enough material, despite the fact that only half of the campaign has been run. We already have a memorable grab between Max Verstappen and Lewis Hamilton.

What could we see in the fourth season of Drive to Survive?

The dispute between Mercedes and Red Bull after the Verstappen accident at the British Grand Prix and the light sanctions on Hamilton are topics that could give life to one of the Drive to Survive chapters that usually reveal extra information about these cases, such as crashes between Horner and Toto Wolff.

Point already part deserves Checo’s first season with Red Bull. The Mexican has left a good image in the Austrian team, but it would be interesting to know the relationship with Verstappen and with his bosses, specifically with Helmut Marko and Chris Horner, who for now have closed the doors Pierre Gasly to return to Red Bull in the next two years.

The 2021 season could well be Valtteri Bottas’ last at Mercedes, and George Russell sounds too strong to fill that seat, so season four could give us more details on the outcome of this story.

Haas changed his two pilots at the end of 2020, but with Mick Schumacher and Nikita Mazepin, they have not yielded results, while in Alpha Tauri, the Japanese Yuki Tsunoda could well have a full chapter, because he not only aims to be the rookie of the year, but an endearing character in Formula 1.

When does the fourth season premiere?

Until now, there is no exact date for the premiere of the fourth season of Drive to Survive. However, in previous years it has been released between the months of February and March, prior to the start of the 2022 season, which will come with several changes in the design and functionality of the cars.

So from now on, we will have to be attentive to the trailers and trailers that Netflix can release.

How, When And Where To Follow Checo Perez Live At The Grand Prix?