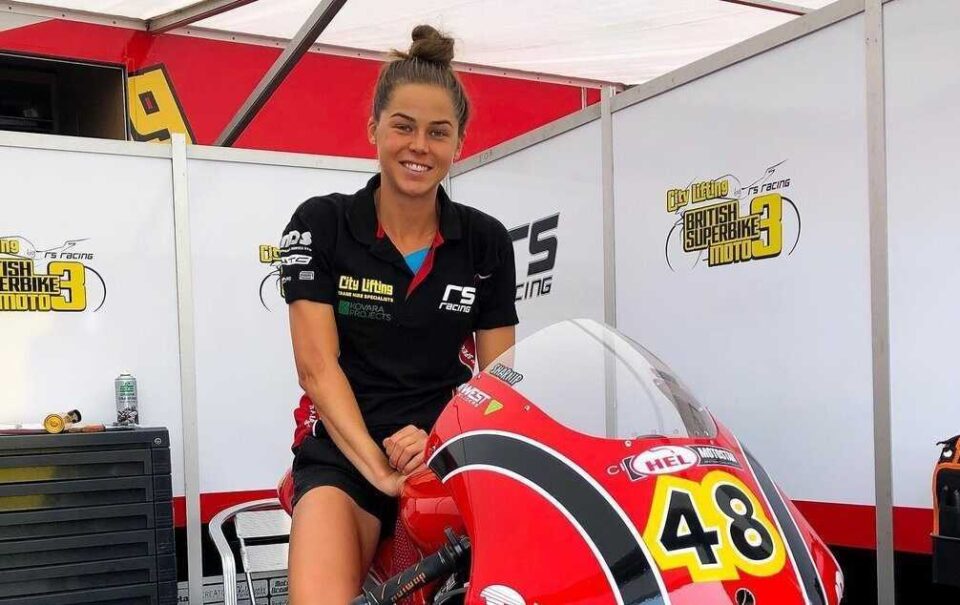 Despite the progress made in various disciplines, machismo is still present in the sport and Australian rider Sharni Pinfold stated this as one of her reasons for retiring from motorcycling.

At just 25 years old, she claims to have participated in the British Moto 3 championship in the 2018 and 2019 seasons. Later, she attended the Supersport 300 World Championship, and although she did not qualify for the races, she was invited to the Magny Cours circuit.

Sharni Pinfold was close to participating in the 2021 edition of Magny Cours, as IDM became interested in hiring her. However, she posted on his Facebook page that she decided to retire from Motorsport after just over three years in search of opportunities.

“I have sacrificed many things, my happiness, my lifestyle, my family, my mental health and my physical health. I felt that racing was the only meaning I could give to my life, so it felt like a small price to pay at that moment,“

Pinfold’s reasons go beyond an ordinary obstacle, arguing that many of them crossed his path for the simple reason of being a woman.

“Most of the challenges I have faced have been based on disrespect and derogatory treatment of women. Things that I know I would never have had to experience or be exposed to if I had been a man. I no longer want to continue being exposed to this behaviour or to be treated this way, “she added.

The difficult path of Sharni Pinfold

This driver was close to racing and speed since she was a child, thanks to her father. Unfortunately, he passed away before Pinfold started riding motorcycles and had to venture into a male-dominated world without any financial support.

In October 2018, she gave an interview to Women Riders World Relay and spoke about the importance of women getting into this discipline to show little girls that anyone could do it.

Those words become very important at this time because, in her statement, Pinfold stressed that certain attitudes stop any woman and in her case, everything ended up leaving behind the passion that is in her blood.

“It saddens me deeply to look at the challenges of my own journey and recognize that women dedicate their lives to pursuing their dreams, but they are being exposed to it and are being treated this way. This has been the main factor in deciding to move away “, she explained.

Finally, Sharni Pinfold thanked those who supported and promoted her career, assured that from now on she will try to do the same for other people and wished that no person feels the same way as her in recent months.

Nely Miranda, Who Passed An Operation To Reach The Tokyo 2020 Paralympics Games