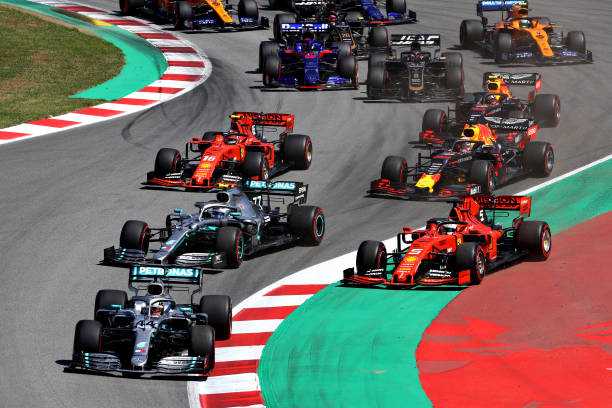 There is not always love at first sight in Formula 1, and sometimes it is hard to understand a race, so here we give you a little push.

Formula 1 has won new fans around the world, either because the serial has approached through social networks, the rivalry between Lewis Hamilton and Max Verstappen, to the Netflix series, ‘Drive to Survive’ or because of the good moment of the national driver, which in our case is Checo Perez, who arrived at the Red Bull team in 2021, after being cut by Racing Point.

Getting hooked with motorsport in general and with Formula 1 is not always like love at first sight, sometimes it takes a while to understand it and find the beautiful side, and it is not easy to find the thread of 20 cars that are giving laps around a racetrack for almost an hour and a half.

F1 can be as simple as knowing that the winner is the first to finish or as complex as diving into technical terms like undercut and overcut and things like fuel economy and strategies.

If you are just getting closer to the world of F1, here we give you a push to understand it in a few points to understand and capture the most important moments of the Mexican Grand Prix, like any other, especially when you are on the racetrack.

5 points to understand and enjoy a Formula 1 race

This is the name given to the order in which the cars are arranged prior to the start of the race, and it is important to identify at least the first four cars, as they are the ones with the greatest chance of getting the most out of the start.

And how do you decide where each car goes? This is determined in the qualifying session, divided into three parts, but roughly the first place (pole position) goes to the driver who has given the fastest lap of the circuit.

This is what the early part of the race is called, when the cars start to roll, and it is important because if a car starts slow, it will be immediately passed by the cars behind.

This part is especially exciting in the first corner, since they are the first attacks of everyone against everyone, and on many occasions, there are crashes.

There comes the point where a car that was in fifth, fourth, or third place is suddenly winning without having passed. This is because the leaders of the races enter the pits for the change of tires, and during that period, the cars that remain on the track move up in positions.

However, this ascent is short-lived, since they will have to enter the pits at one point in the race and there the positions are rearranged.

Both represent bad news and mean that there was an accident or that it is not safe to accelerate fully. The appearance of yellow flags around the circuit means that the race can continue, but all the cars behind the safety car, which is a conventional car (luxury, but conventional) and while this car is on the track, no driver can overtake you.

The red flag is synonymous with very bad news, so all pilots must go to the pits because the race has been suspended because there are no conditions due to the weather or because there was a serious accident, and medical teams and cranes must enter to remove the car from the accident.

Final part of the race

How to know that the race is going to end? You do not have to count the laps that a car takes because in any Formula 1 racetrack, there will be screens, and you can see which lap is the one that was agreed, so it is time to stand up.

And what does the purple button mean? It is the signal that identifies the pilot who has the lap record, that is, he managed to turn in the shortest time, for which he is awarded an extra point.

Distribution of points in Formula 1

In a race, a total of 101 points are distributed for the first 10 places in each race, of which the winner takes 25 units, the second place adds 18, and the third place takes 15.