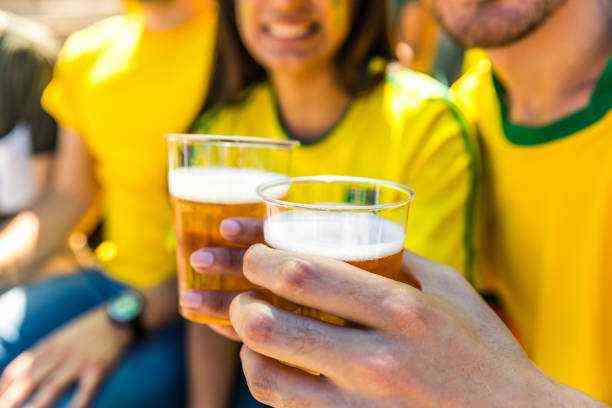 The sale of alcoholic beverages and food returns to the Akron Stadium for the National Classic, but you will not be able to go to the stands consuming.

The National Classic will open the doors to people at Akron Stadium, and not only that, the sale of food and alcoholic beverages is back. Those that for a stratospheric amount and without any reasoning we throw in a goal celebration.

The Chivas board confirmed that they have permission to sell products during the National Classic. The 11,500 fans who will experience in their own flesh the emotions that the match gives us ( we hope that it actually is) will be able to drink beer.

Homer Simpson would be happy for the news, but unfortunately, not everything is positive. Yes, they will sell, but only on the ground floor of the Stadium, which means that to return to the places they bought, they will have to do so without drinks or food.

How is the sale of the ticket for the Classic going?

Of the 11,500 tickets that were put up for sale by the Board of the ‘Sacred Herd’, 91% have already been sold, and although the remainder is minimal, the capacity is expected to be completed. It will be full in the Akron, yes but not as we would like.

Part of the tickets was for the fans who bought the ticket for the Chivas vs Monterrey match, which was no longer held due to the pandemic, and later the Liga MX was stopped, and we like Rose in Titanic: “It has been more than 85 years”.

Before entering the property, 600 rapid tests will be carried out randomly and voluntarily for fans who go to Akron, in case any of the attendees test positive, they will be denied entry, and the board will replace it in the future.

Surveillance will be located in the surroundings of the Stadium to avoid crowds or nearby meetings and prevent the spread of COVID-19.