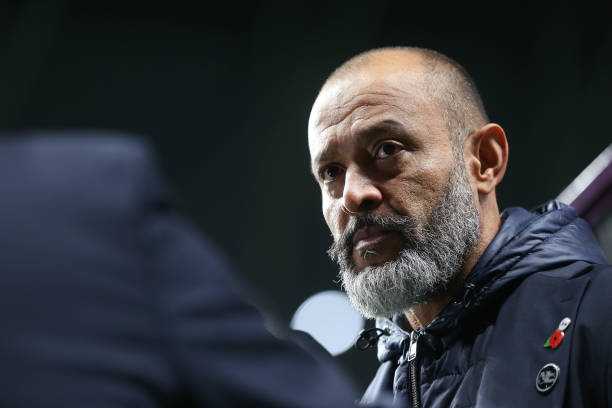 Tottenham thanked Nuno Espirito Santo, and we explained some reasons why the Portuguese coach was fired from Spurs.

The Premier League is the most competitive league in world football and it shows it every year, as teams that do not have a lot of posters compete for European positions at the top of the table, that is why Tottenham last season went to the Conference League.

One of the solutions was to change the technical direction for this season 2021-2022. Nuno Espirito Santo was chosen after his good work with Raúl Jiménez’s Wolverhampton, but not everything turned out as expected.

Things are not going well for Tottenham neither in the Premier League nor in the Conference League and after the last defeat at home against Manchester United by a landslide, patience ended for the board and Nuno Espirito Santo ceased to be Tottenham’s manager.

The Portuguese did not find a way to make Tottenham a winning team, despite having one of the best squads in the Premier League and without so many casualties in the team, it is difficult to think that the squad will not walk with Nuno Espirito Santo, but let’s go to a little analysis.

Why did Nuno Espírito Santo’s process with Tottenham end?

Everything went better for the English striker, and it all started at the end of last season. In the last game of the Premier League and in his stadium, he said goodbye as if he were going to leave the team, he even mentioned to the board that his intention was to leave Tottenham.

He was upset by that situation and did not train with the team for the first few weeks because of the annoyance, but he had to remove the grudge to train again and think again about going to another team, so he apologized and returned with Tottenham.

Nuno Espirito Santo is not guilty of all this, but unfortunately for him, it affected him too much not having Harry Kane from the beginning and 100% focused on being with the team, in fact, the forward lives one of his worst moments in his career.

Having your best player out of focus and without scoring goals, weighed too much on the team and Nuno Espirito Santo. In all the disputed competitions, the team has 21 goals, of which 7 have been by Harry Kane, reflecting the bad moment that the player, Tottenham, and the Portuguese DT’s dismissal are experiencing.

Reinforcements that have not been weighed

It did not need much reinforcement, Tottenham let few players of the team out in the winter market, but three players arrived to complement a squad full of quality. Emerson, Brayan Gil and ‘Cacu’ Romero.

Serge Aurier, Toby Alderweireld, and Erik Lámela were the players who left, none of them was already a starter and only a replacement. But with the passing of the encounters, the reinforcements simply have not performed as Nuno Espirito Santo expected.

Brayan Gil is still very young, and he watches a few minutes from time to time to receive the necessary blanket to have more confidence, and when he enters the change, he has not been that revulsive that the team needs to improve in attack.

Cristian Romero and Emerson have started most of the meetings played with Nuno Espirito Santo, but they have not found the path that will lead them to success. Emerson is a winger who reaches the baseline, but he has not seen his best and has not been as efficient when he goes to attack.

For the Argentine central defender, things have not gone in the best way. He missed some games with Tottenham for going to the Argentine National Team and taking the subsequent quarantine. And in some key games in which they have started, Tottenham have seen defeat, mainly in the Premier League.

Spurs out of the qualifying zone in the Conference League

After three games and with a group, which, on paper, would look accessible to advance to the next phase of the Conference League, Tottenham (at the moment) is eliminated from the tournament and is the third category in all of European football.

Yes, there are still three games left to reverse the situation and think about qualifying as second in the group, already less, but it is not the position that the board expects with the squad it has. Nuno Espirito Santo could not find the direction of the team in the Conference League.

The next three remaining games of the tournament will have to play almost as finals because a bad result can leave them out of the Conference League and with a ridiculous epic that the board does not want to see in their Tottenham.