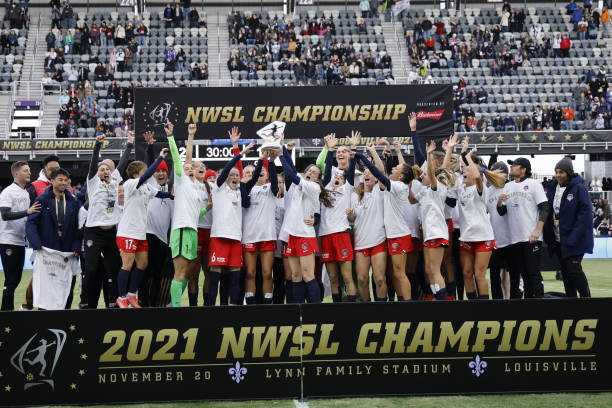 Champions for the first time! Washington Spirit became champion of the NWSL by beating Chicago Red Star s 2-1. The great figure of the game (and of the year) was Trinity Rodman, but there is more data in the environment of the team to highlight.

Reaching the end of the season was not only difficult for the teams and their teams. The NWSL went through very difficult times, related to the harassment of technical director Paul Riley. This led to his dismissal and also the resignation of Commissioner Lisa Baird.

4 facts about the Washington Spirit and its title

This is their first championship in the NWSL

Although it is a franchise with a decade of life, 2021 represents the first title in the history of the Washington Spirit. In 2016 they were close to being crowned but lost the Final on penalties vs WNY Flash; before the score was tied with a last-minute goal in favor of the rivals.

That was their best result in an NWSL season since in 2014 and 2015 the squad was in fourth place and in 2019. Still in early 2021, few were confident that these players would reach the playoffs and consumed the feat. Against all odds.

Karina Rodríguez, the Mexican who plays for the Washington Spirit

They say that Mexicans are everywhere, and this is no exception. The NWSL finalists had Mexican soccer players in their ranks, but Karina Rodríguez managed to be crowned with Washington Spirit.

The defense did not participate in the final match and is just looking to gain ownership of the team. The truth is that she also had minutes in other meetings of the season, which allowed her to be called up to the Mexican National Team on more than one occasion.

Trinity Rodman: Rookie of the Year and Team Star

Since the season began, the 19-year-old attacker has stood out for her speed and forcefulness. However, every day she has to fight to be known for her talent and not just for being the daughter of Dennis Rodman. She builds her own legacy week by week, and the first trophy has already arrived in her window.

Only in the final against the Chicago Red Stars, Trinity Rodman taught on the court. The championship goal for Washington Spirit was born on her feet, with an assist for Kelley O’Hara, who finished off with her head to finish the game.

Marion Reimers is an investor in this club

The figure of Marion Reimers is of the utmost importance when it comes to promoting women’s football, and the analyst took a step further a few months ago. In mid-May 2021, the TNT Sports narrator joined the Washington Spirit minority investors.

The objective of this inclusion to the investment group was not only personal. The main intention of other characters, such as hockey star Alex Ovechkin was to push the club’s squad to reach the title denied them in the 2016 Final, and all efforts paid off.