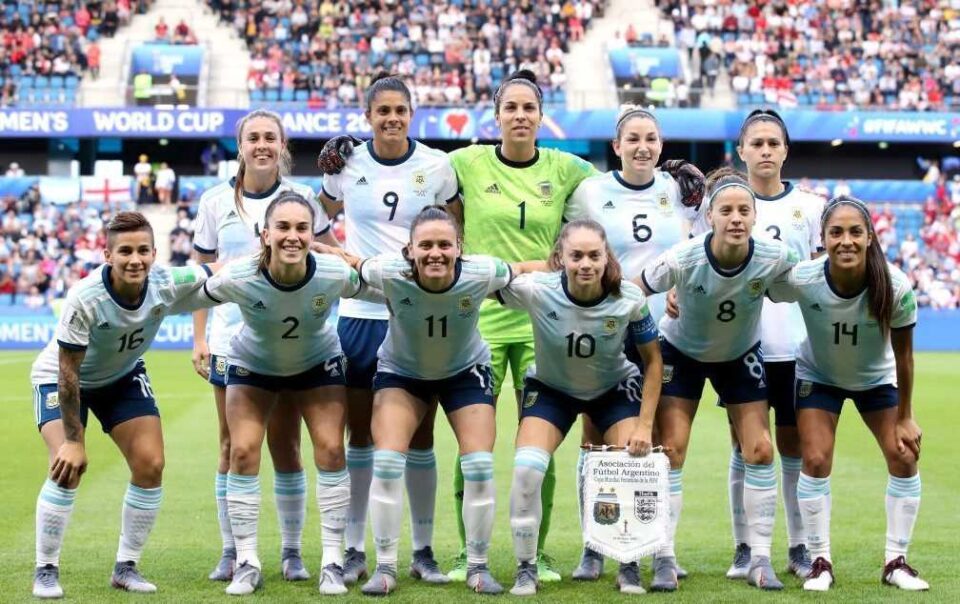 It doesn’t just happen in Mexico! The Argentine Women’s National Team is going through a crisis in which its best players do not appear in the calls, and the little activity has annoying many fans.

Their participation in the 2019 World Cup in France eclipsed the problems surrounding the women’s team. However, this took hold again with the exclusion of Estefanía Banini, today considered the best Argentine footballer.

Although it may seem confusing, this situation dates back to several years ago, and for this reason, today, we explain key aspects that led the Argentine Women’s National Team to fall into a very difficult time.

Inactivity and lack of resources

The women of this country have soccer in their blood, and it is impossible to question their talent. But problems appear when the directors of institutions such as the Argentine Soccer Association (AFA) do not give them the same opportunities as the men’s teams.

Macarena Jorge Caamaño, Argentine journalist, shared most of these points and began in 2014, with the gold medal in the South American Games and the changes in the bench for the Argentina national football team.

Due to the lack of matches, concentrations, and others, the Argentine Women’s National Team was forgotten until 2017. In that year, another modification in the technical direction and Carlos Borrello arrived, who had a previous stage in 1998.

Instead of improving, the squad fell even more: travel expenses to attend the Copa América were not given to them, and they were offered just 150 Argentine pesos to cover their expenses. The players’ annoyance increased until they declared themselves unemployed to demand the basic conditions that any athlete needs.

And if you consider that their arguments were not strong enough, we must remember that the limits were exceeded when the Albiceleste squad had to sleep in a truck instead of a hotel before a match against Uruguay.

In Argentina, you cannot make a living off women’s soccer, so many players alternate soccer 11 with futsal. In the midst of the aforementioned controversy, some of them were forced to choose only one discipline.

Florencia Quiñones was one of those footballers: while she participated in futsal, she was also considered a benchmark for the national team, and at club level, she even came to Barcelona. In the end, she decided to leave the Selection, as did Elisabeth Mining.

The World Cup in France in 2019, respite for the crisis

When it comes to women’s soccer, it is constantly argued that teams should demand according to their performance. The Argentine National Team was surprised in the most recent World Cup, and they don’t even receive the necessary support.

The 2017 strike was lifted a year later, but the red flags were still on in the months leading up to the World Cup. The qualification to France 2019 was finalized through the playoffs, leaving Panama on the road with a 5-1 aggregate.

Unfortunately, the Albicelestes did not reach the second round, but they said goodbye to the tournament with a vibrant draw against Iceland. This result gave them larger reflectors, and this caused the demands of today to interest more fans.

Borrello’s decisions at the head of the Argentine National Team

Although the other points are important, the technical director has made decisions that few understand. If this story sounds familiar to you, it is probably because to date there is no explanation for the absence of Charlyn Corral in the Mexican National Team when Leonardo and Christopher Cuéllar were DTs.

It turns out that something similar happens in Argentina: the list begins with goalkeeper Laurina Oliveros, who showed her annoyance on social networks when the AFA preferred to use models instead of players to present uniforms in 2018. The publication caused annoyance, and her name did not return to appear in a call.

Months later, in France 2019, new claims appeared to improve conditions, and as a consequence, Estefanía Banini, Belén Potassa, and Ruth Bravo did not attend the Pan American Games in Lima 2019. In an act of solidarity, Florencia Bonsegundo did not make the trip either.

Since then, the crisis and the absence of the Argentine Women’s National Team’s stars are justified by non-existent injuries and rotations. However, the claim goes beyond the footballers and the fans are already complaining about Carlos Borrello’s management.

A few days ago, it was announced that the Albicelestes would attend the SheBelieves Cup, a friendly tournament in which the United States, Brazil, and Canada will participate. The Argentine team will appear without previous activity and few training sessions, their last game dates from November 2019 and yes, more absences are expected on the list.

Show Guaranteed! Marshmello Will Give A Show Before The Champions League Final