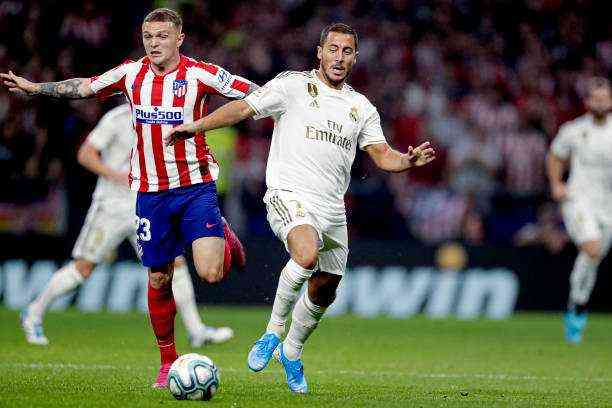 Real Madrid failed in the Spanish Super Cup and the Copa del Rey. This is the case of Real Madrid, which is right in a scenario in which it could begin to descend in the general table of the Spanish league, of which it is the current champion, but that after the end of January has few opportunities to repeat as champion.

After 20 games played, the Whites have accumulated 40 units, after losing to Levante 2-1. They are third in the general table, with 10 points less than the leader Atlético de Madrid.

The failures of Zidane’s Madrid

Among a certain sector of the fans and the press, the head of coach Zinedine Zidane is already requested, after the team’s two failures in 2021. Real Madrid said goodbye to the Spanish Super Cup after falling in their first match, against Athletic de Bilbao.

A week later, the meringues were eliminated from the Copa del Rey by Alcoyano, a Third Division team, in overtime, which also finished the game with one man less.

With the league tournament uphill, without the Copa del Rey, and without the Spanish Super Cup, the white and Zidane salvation could be in the Champions League, in which it is favorite to eliminate Atalanta in the Eighth Final.

Historically, Atlético Madrid is the third team in Spain. La Liga is usually fought by Real Madrid and Barcelona, and the fact that Atlético is the one in command of the season is synonymous with the fact that something is wrong with meringues and Blaugrana.

The fact of being 10 points away from Atlético hurts merengue pride and the worst thing is that the difference can grow at some point to 13 points, since the Colchoneros have a pending game.

The blaugranas, who are submerged in an institutional crisis after Josep María Bartomeu’s resignation and now the leak of Lionel Messi’s contract, have the Catalans facing a dark year, and even so, the Catalans have enough to overcome Real Madrid on goal difference.

This scenario is possible thanks to the bad timing of the meringues. In the last six games, the white team has won three, drew two, and lost one. Out of 18 possible points, he only added 11.

So far this season, Real Madrid has lost four games to opponents against whom the three points were mandatory, except in the game against Valencia. The meringues lost against Cádiz (12 in the general table), Alavés (18), and Levante (9).

Hazard does not carbureted with Real Madrid

Eden Hazard’s version of Chelsea has not reached Madrid. The Belgian has scored four goals in two seasons with Madrid, and although his main function is not to score goals, such a low production was not expected.

Hazard has seven assists since he arrived at Madrid, which makes him one of the worst meringues hires in recent years.

If Karim Benzema doesn’t score goals, Madrid is in trouble. The meringues do not have a player who solves the game on his own since Cristiano Ronaldo left, so the goals now fall to the Frenchman, who is a very good striker, but historically inconsistent.

From matchday 16 to 21, he has only scored two goals, both against Alavés and Madrid has suffered, because since that date Madrid has won a match without Benzema being present. In another vein, when Benzema doesn’t score, Madrid (almost always) doesn’t win.

Of Madrid’s 30 goals in La Liga, 10 are from Benzema. The second player with the most goals is Casemiro, with four.