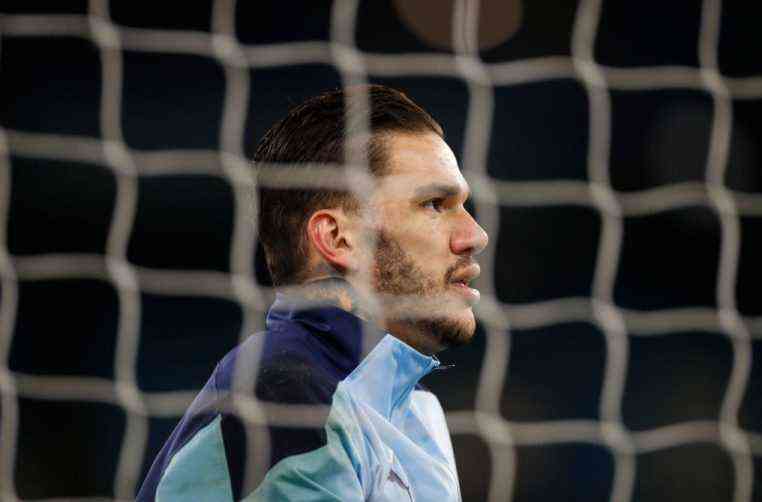 Without Messi or Cristiano Ronaldo, the Champions League show must go on; some data are to arrive armed to the Quarterfinals.

After the eliminations of Lionel Messi, with Barcelona, ​​and Cristiano Ronaldo, with Juventus, the show must continue in the Champions League and in the Quarterfinals, an instance that will reissue two games that were already final in the tournament: Real Madrid vs. Liverpool and most recently PSG and Bayern Munich.

Port if that were not enough, Borussia Dortmund will face Manchester City, the team that Haaland was a fan of as a child, and here we tell you the full story.

Although the reflectors could point to Haaland and Mbappé, considered heirs of Messi and Cristiano, there are other data that are worth taking into account in the face of the semifinals.

Reunion with the ex

Jadon Sancho is one of Borussia Dortmund’s most important players. Still, he has a past, since at the age of 15 he signed with Manchester City, with which he stood out as one of the promises to follow. Still, Borussia Dortmund snatched it from him for eight million euros, and finally made his professional debut in the Bundesliga.

Another player who will be reunited with his first team is Kingsley Coman, emerged from PSG and with whom he played (although very little) from 2012 to 2014, and later went to the ranks of Juventus and later to those of Bayern Munich. The Frenchman was part of the Bavarian team that beat PSG in the 2020 final.

Liverpool and Real Madrid is not only a game between two greats of Europe, but they have collided twice in a final. In the 1980-81 season, the first was when the Reds won 1-0 playing only with English footballers.

Loris Karius must remember the second final, in the 2017-18 season, after a sad performance in goal that gave Madrid the title.

Manchester City reaches the Quarterfinals with a mark of seven consecutive games without conceding a goal. The streak without a goal against has been extended to 706 minutes.

With the most minutes without a goal against in the Champions League, Jen Lehman is the goalkeeper with 853 minutes. For Ederson to tie that figure, he must reach the Semifinals, as it should be remembered that the Brazilian missed the second leg against Porto in the group stage.

If he leaves Haaland and Borussia blank, the South American will reach 796 minutes and stay within one game of Lehman’s mark.

A Champions to make up the season

The Champions League is the salvation for at least four teams in the Quarterfinals, since in their leagues, they have practically no title options. We are talking about Borussia Dortmund, Liverpool, Porto, and Chelsea.

The first two could be without Champions next season, as they are aiming for a place in the Europa League… although they are doing well. Real Madrid and PSG are not leaders in their home tournaments, but they are in the fight.

They are looking for a double and even poker

Manchester City and Bayern Munich are shaping up to be league champions in the Premier and Bundesliga. Bayern holds a seven-point lead over runner-up Leipzig, while City leads Manchester United by more than 15 points.

Winning the Champions League could mean the triplet for City, which is in the FA Cup semi finals or a poker, as it is also a finalist in the Carabao Cup. Bayern Munich only has a chance of making the double, as it has already been eliminated from the Pokal.

Germans and English dominate this round of Champions

The Quarterfinals bring together three English and two German teams, while the rest are made up of a Spanish, French and Portuguese. This makes clear the crisis in which Spanish football is submerged, but especially Italian.

The game between Borussia Dortmund and Manchester City secures at least one German or British representative in the semifinals.

5 Points To Understand The Resignation Of Lisa Baird, Commissioner Of The NWSL, After Complaints Against Paul Riley For Sexual Abuse