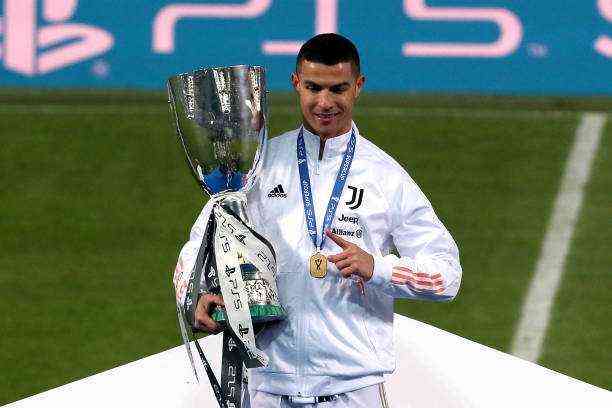 In the match between Napoli and Juventus for the Italian Super Cup, Cristiano Ronaldo scored the Colombian goalkeeper for the first time, took the title, and broke a historical record.

According to different statistics, Cristiano Ronaldo became this Wednesday, the man who has scored the most goals in football history. The Austrian Josef “Pepi” Bican held the record for almost 80 years alone for scoring 759 goals, which no other footballer had reached until last January 10, when the Portuguese equaled him.

This Wednesday, CR7 gave the final blow and sentenced a historical mark of the sport, after scoring his goal number 760. The play came after a corner kick from Juventus that Napoli could not reject. The ball, which was stinging in the small area, was taken advantage of by the Portuguese, who with a short left-handed volley, sent the ball to the bottom of the goal guarded by the Colombian goalkeeper David Ospina.

Ronaldo’s goal, in addition to being a goal that will remain forever in the memory of football, due to its importance, opened the scoring for the victory of the team led by Andrea Pirlo. The second goal, which would be the final one, was scored by the Spanish Álvaro Morata, after a spectacular play by Juan Guillermo Cuadrado, who was called up at the last minute due to his recovery from the contagion he suffered from COVID-19.

With this victory, Juventus won his ninth Italian Super Cup and Cristiano Ronaldo his fourth title with La Vecchia Signora, after having won two local leagues and another Italian Super Cup.

Although many informational portals and different people dedicated to statistics have affirmed that Cristiano Ronaldo is already the top scorer in history, FIFA, the top soccer entity, does not agree.

According to his figures, the highest scorer in football history is still Josef Bican, with 805 goals. They even make the clarification that they only take into account their numbers in official matches, since if they were to count the goals they made in friendly matches, it is estimated that their records would reach more than 1,400 goals.

There Is Nothing More Difficult To Live Without You! This Is How He Went Juventus In His First Game Without Cristiano Ronaldo