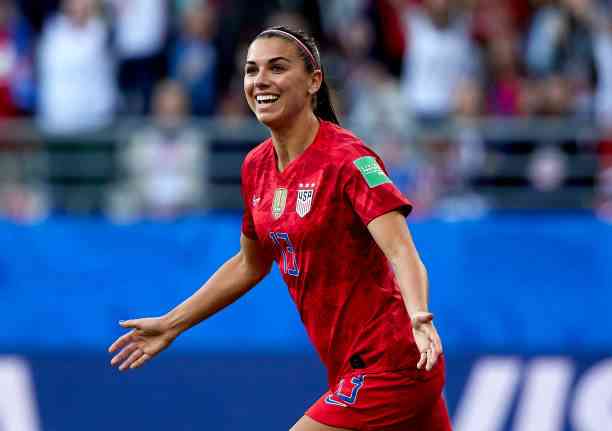 Alex Morgan was one of the first people to hear about Paul Riley’s abuses in the NWSL, and now he is seeking justice with his colleagues.

It has been 5 days since the series of abuses committed by coach Paul Riley in American women’s soccer was uncovered. The media reported the case, but voices like Alex Morgan were instrumental in revealing the NWSL’s disinterest in supporting the victims.

The star of the United States National Team became a banner of the fight that seeks to change women’s soccer. For years, female players have had to endure abuse and harassment and be ignored by the responsible managers of clubs and leagues.

For this reason, Alex Morgan accompanies her former colleagues from the NWSL with the intention of never being silent again. The attacker went to the Today program and along with Meleana ‘Mana’ Shim and Sinead Farrelly, the footballers who led the complaint against Riley.

“I am here to support ‘Mana’ and Sinead and to continue to amplify their voices. To show the failure in the League system and how bad they did in handling the case, complaint, and investigation. When I look back, I tried to be Mana’s best possible friend and teammate by helping her file a complaint.

“There were no anti-bullying policies, there were no human resources at NWSL, there was no anonymous hotline, there was no way to report. Now we begin to put these things in place with the demand of the players, not because the League is proactive. One thing we ask is that the League begin to be proactive, not reactive. We are asking for transparency,” Morgan stated.

Shim, Farrelly, and Morgan the voices of the NWSL against abuse

Although sexual harassment and abuse are common practices in women’s soccer, cases have only received the attention they need in recent years. Proof of this is the Venezuelan National Team, which has just raised its voice through 24 players to denounce its former technical director.

In the same interview on North American television, ‘Mana’ Shim expressed his position. He also made it clear that soccer players thirst for justice, as abusers spend years in freedom and take advantage of their power to mistreat new generations.

“I feel many things: Gratitude with all the people who have supported us. I feel very sad and heartbroken by what happened. It is a mixture of many things, but I want more justice, fair policies, and that the players are protected. Paul Riley is a predator. He sexually harassed me and took away our careers,” said the former midfielder.

It is important to remember that both Shim and Farrelly have already retired from professional soccer. Unfortunately, another consequence of the abuse.