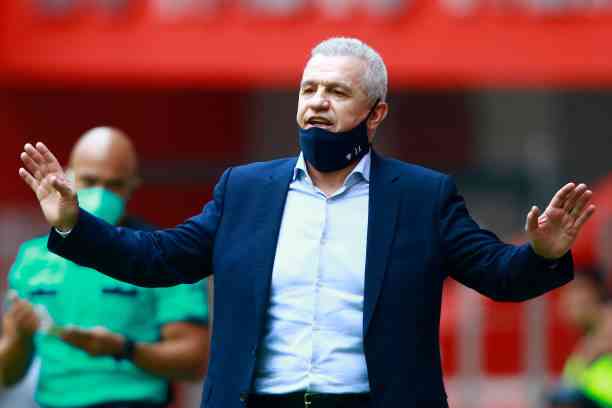 The Liga MX protocols against COVID-19 are clear, and apparently many teams do not understand the seriousness of what this pandemic means, not only for Mexico, but for the whole world. Rayados is one of those clubs that has not understood the true meaning of protecting itself.

There are several times that Rayados has failed in the protocol imposed by the MX League, and in a last case, Javier Aguirre, yes the coach, breached said protocols during his son’s wedding, a meeting outside the team.

Although the Basque already apologized for what happened: “To show my face in this difficult moment for me, yesterday an image of a private event circulated. I did not follow the corresponding protocol, I was most of the event without a mask. I did not do the right thing, and I must bear the consequences.”

Rayados also ruled on the matter, informing that the sanction would be fulfilled for not complying with the internal health protocols and the fact that Javier Aguirre is already in isolation and is only waiting for the Disciplinary Commission to take the relevant resolution.

Let us remember that there were many problems that Rayados has had due to infections, because at the beginning of the season, an outbreak attacked the team in most of the institution and players, youth, and even team personnel resulted with positive tests, there were even rumors that they played infected against America and Funes Mori was one of the main ones pointed out.

Unfortunately, there have been several cases in which Rayados has been involved in breaches of the protocols. Both players, players, and even coaches have seen the repercussions of their actions when making decisions that can harm their teammates and team’s health personnel.

For celebrating his birthday, the goalkeeper was punished by Liga MX and Rayados, failed the sanitary protocols, and organized a party in which other players from the institution such as Dorlan Pabón and even Tigres players such as Diego Reyes could also be seen.

As expected, it was not only the fine that Hugo González had to face, which is not an amount that anyone brought in the bag, since they are up to $ 100,000 thousand pesos. Also, the Rayados goalkeeper tested positive for COVID-19.

It seems that the bad practices of the men’s team in terms of breaking the protocols also affected the Rayadas players, since they did not show up to train for the session scheduled on Saturday, April 10, and the soccer players decided to take the day off.

Despite the fact that the players did not have a party as has happened with the footballers and some other players in Liga MX, some of them decided to spend the day at the beach. The Rayadas footballers wanted a day off not to train due to the workload, the team’s board refused, and they joined forces to break ranks.

It is not yet clear what the sanction will be for the soccer players, because the salaries they have within the institution, would not be enough to pay the figure that has been imposed on several of the soccer players in similar cases.

Javier Aguirre and his son’s wedding

The last of the cases of non-compliance with the health protocols in Rayados, came thanks to Javier Aguirre, DT of the men’s team, and all because yesterday on social networks, some images were released in which he appears at his son’s wedding.

Javier Aguirre traveled to Mexico City to attend the wedding of his second son, and although he mentioned in a video apologizing for what happened, that he is vaccinated like his wife, he knows that he incurred a bad practice because he was a great part of the event without a mask and without the famous healthy distance.

Everything was laughter and happiness for Vasco and his family until the famous laughs-off player arrived and the images of Javier Aguirre chasing the track reached social networks, and he had no choice but to apologize to the institution, players, and everyone else.

Who Is Lindsay Camila, The First Technical Director To Win a Copa Libertadores?